The Slow Movement: A Guide to Slower Living

Mindfulness and appreciation in daily activities has long been linked to combating stress, but you don’t have to be a yoga master to incorporate it into your life which is the basic principle of the slow movement.

It’s a lifestyle that encourages people to take the slower option over fast-paced living. It encourages not only personal agency but appreciation of our interdependence on community, both local and global. As such, it is a lifestyle choice that emphasizes the interconnectedness of health, culture, politics, and the environment.

Most people who are familiar with the slow movement probably first heard about it through the idea of slow food. After all, the slow movement started as a revolt against fast food and the “McDonaldization”of life. The slow food movement tries to teach about clean eating, responsible sourcing, and preserving cultural food traditions. But cooking your own food isn’t the only way to incorporate slow principles into your life. Here are some other ways you might not have thought of before.

“Fast fashion”, like fast food, is more concerned with quantity than quality. Cheap clothes often don’t last very long, causing us to spend more in the long run keeping our closets in good shape. Additionally, mass-produced clothing contributes to excessive waste, the engine of consumerism, and to ethical issues such as low wages for workers.

Apart from making your own clothes, one way to counteract fast fashion is to reuse garments by shopping vintage or by supporting local garment makers who put thought and care into their sources. Remember, you don’t have to adopt this practice all at once or for every item of clothing you own —even selecting one or two slow fashion pieces to incorporate into your regular wear can make you more appreciative of the economic, cultural, and environmental factors in choosing your clothing. Buying one or two higher quality items may be an investment in your wardrobe if they last longer than clothes that cost less.

You can also educate yourself about the real cost of cheap clothing. Understanding consumption and its aftermath may be enough to keep you from reaching for that credit card. Take a minute to read this eye-opening account of what happens to clothes after you donate them (spoiler: the second-hand clothing market is oversaturated globally, and it is foreseeable that our days selling used clothing to textile recyclers and overseas markets are coming to an end). It is estimated that one in four American women have an average of seven pairs of jeans, but wear only four of them. Because our fashion industry is propelled by consumption, making a point of slowing down our consumption can have tangible effects on the fashion market. So much clothing is literally going to waste, and clothing consumers (us!) are the only ones paying for it.

If you have ever relaxed over the winter holiday with one of those looped films of a log burning in a fireplace playing on your TV or computer, then you have enjoyed a slow film. Slow media is coverage of an ordinary event in its complete and unedited length. This might seem a tedious concept at first, but as those who have enjoyed “The Yule Log”can attest, slow films can be quite meditative and relaxing. Other notable examples of slow media include British and Norwegian TV stations that have aired minute-for-minute transmissions of train and ship journeys across their respective countries.

If perhaps watching a train journey isn’t your style, there are other ways to incorporate the slow movement into your media habits. Strap a GoPro to your shoulder and film a bike ride, then spend some quiet time later rewatching the event. Perhaps you’ll notice events or aspects of your neighborhood that hadn’t been apparent to you at the time of your ride. Slow media can also mean just being mindful of your media habits. Some people keep a diary of their media habits and post them online in a blog, journal or Facebook, in an effort to be mindful of their media use and to solicit encouragement when they want to scale back on their consumption.

Another way to incorporate the principles of the slow movement into your media habits is to mindfully create your own media, rather than consuming only what is provided through TV and the internet. Learning the process of movie-making, from screenwriting to filming and editing, is a rewarding project for yourself, or perhaps to share with your children, and is sure to give you a new appreciation for the work that goes into producing media. Further, you can foster community by sharing your homemade media with family and friends through YouTube or Vimeo.

Have you ever incorporated principles of the slow movement into your lifestyle? What slow principles work for you? Share in the comments below!

Next post Healthy & Delicious Snacks Your Child Will Crave! 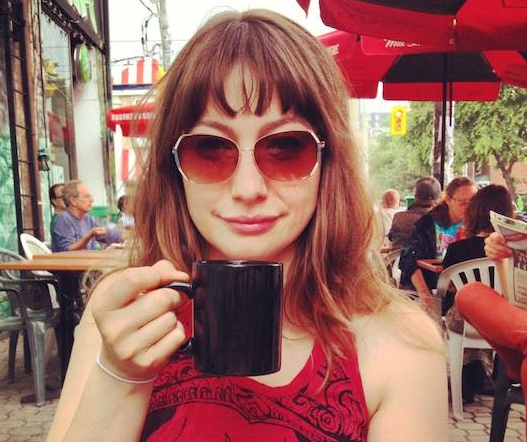