No matter what the controversy or topic matter is, wouldn’t it be useful to KNOW how to persuade people to take your side? Often, you face a rival in these showdowns. A Moriarty to your Sherlock. A Joker to your Batman. A Jobs to your Gates.

When you’re playing to win, arm yourself with 16 ways to improve your chances of thrashing your opponents and getting what you want.

Don’t convert. Forget about trying to convert your adversaries. The chances of seeing them get down on their knees and apologize for being wrong are remote. Your job is to raise doubts about the wisdom of their view.

Listen. Be a good listener. Make sure you hear and understand your opponent’s reasoning. Learn how to shift gears between listening well and thinking about how to respond. Clarify. If you are not sure about what your opponent has said, ask for clarification. In the heat of battle, we often counterattack reflexively without making sure we’ve heard the other party. It wastes time and makes you look bad. Take control. Pay a lot of attention to the agenda of the debate and the issue that you’re fighting over. She who defines the issues and establishes the priorities is on the way to winning.

Get believers on board. Preach to the converted in the room. Preaching to the choir is vital. Preachers do it on a weekly basis. It strengthens the commitment, intellectual confidence, and morale of your allies, making them more effective advocates for your idea.

Play to the undecided. Do not forget the uncommitted. They are, inevitably, the majority. Your job is to pull them in your direction by making vivid the advantages of your idea and the downside of your opponent’s. You will also earn trust with the undecided if you acknowledge that your idea is not perfect, but is nevertheless far superior to the alternative.

Be humble. If you choose to make a broad appeal to everyone, offer to compromise and be modest and restrained in your presentation. You may also choose to make a sharply focused pitch to a particular audience, even at the risk of alienating others. Your choice.

Hit your headlines. When you have a good point to make, make it often.

Make a concession. Knowing what you can concede without damaging your stance is one of the great arts of winning an argument. As a debater, Abraham Lincoln conceded that states had rights, but not the right to enslave or export slavery to other states.

Paint a picture. Analogy is a powerful and persuasive way to bring a point home, especially when the analogy links the subject at issue to the personal experience of the audience. For instance, I’ve heard it said that, during the financial crisis, what the banks did by selling toxic assets to their clients was the same as car dealers selling used cars with bad breaks to teenagers. But be careful with analogies. Use them sparingly. Be well armed to develop and defend the validity of the ones you use. Offer counter intuitive points. Think outside the box. For example, when quoting some well-known figure, quote one who isn’t normally identified with your case. My favorite example of this is Senator Barry Goldwater, an Arizona conservative, who seems to have endorsed a liberal view of gays in the military when he said, “You don’t have to be straight to shoot straight.”

Expose flaws and fallicies. Don’t condemn your opponent for her motives. Stick to poking holes in what she says.

Be an iceberg. Learn more about your topic than you can conceivably use or show. But demonstrate a mastery of the facts and you will increase your authority and intimidate your opponent. Know your enemy. Understand the position of your adversary–not in a caricatured or superficial form, but at it’s strongest. Knowing your own position is only half the battle.

Be plain. Be simple. Be earnest. Don’t try to impress. Check your emotional appeals at the door. Seek to persuade with a thorough, well-reasoned approach. 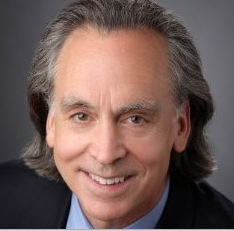