Vivienne Lively — 05/09/2015
This recipe came as a result of the chef becoming obsessed with the thought of frying things on white bread, which led to being obsessed with the thought of frying things in white bread. These fried peanut butter and jelly pinchy pies are the result.
The technique was ridiculously easy, but naming these delicious discs was another thing altogether. They aren’t cakes, donuts, or fritters; so the decision to call them pinchy pies was born out of necessity! 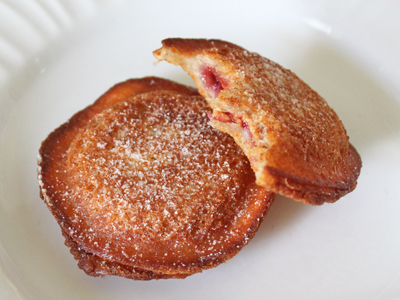 As mentioned in the video, the possibilities are endless as far as stuffings so, get creative.