Does Niagara Region have a Gender problem? Fact: Niagara Region Council is made up of 31 individuals. Only 4 are women.

I decided to look at Balsom’s presentation and the response from Councillors in depth.

The GNCC represents 1,550 businesses throughout Niagara; those businesses employ 45,000 people. It is “the champion of business in Niagara.” Suffice it to say, it is an important organization.

On September 23rd, Niagara Region’s Corporate Services Committee had a motion on their agenda concerning moving towards an elected chair. So, seeing this item on the agenda, the GNCC’s CEO, Mishka Balsom, decided to ask to make a delegation to the Committee. This is common. Walter Sendzik (former CEO), Kithio Mwanzia (former policy director) and others have presented many times on behalf of the chamber at various local councils.

Balsom became CEO of the GNCC in April of this year. Prior to that she founded a successful consulting company and worked in the magazine business. She was chosen over 100 other candidates to be CEO. She’s a successful, qualified person. I’ve met her a few times; she’s a genuinely nice person and a good leader. This was her first time presenting on behalf of the GNCC to a Regional committee or council.

Balsom presented a good case for why the GNCC wants to see reform, the benefits of an elected chair and how our current system is antiquated compared to other regions.

After a delegation, Councillors have an opportunity to ask questions of the presenters. This typically lasts anywhere from zero to twenty minutes. I recall in January that Kithio Mwanzia presented to St. Catharines Council on behalf of the Chamber on governance reform, which was at the time a ‘hot topic’ of some controversy in St. Catharines. His question period lasted twenty minutes. Balsom was questioned for an hour.

There was more to this story than just “Councillors make a bad decision”, as I believe not supporting governance reform was. It has happened in the past that question periods last an hour, but rarely at a Committee meeting, which often has less media presence and thus, less grandstanding, from Councillors.

The real issue, the real embarrassment, of what happened that day was the way Councillors treated Balsom. Four councillors (Tony Quirk, John Maloney, Sandy Annunziata and Brian Heit) asked standard questions that could be expected. Some agreed with governance reform and some did not; but they all asked pertinent questions and did so with a normal, respectful tone. Five Councillors asked insulting or frivolous questions in a patronizing tone.

Councillor Selina Volpatti, Niagara Falls – “Ms. Balsom, I’m sure you’re aware of how we elect our Prime Minister. Could you describe to me how we do that?”

Off to a good start here. Balsom did well to deflect this insulting “question”: “You’re asking me how the political system works? I think we’re all aware of it.”

Volpatti finished by saying there was little interest in the topic, despite Balsom having just said 80% of their membership is very interested in it.

Councillor Bob Gale, Niagara Falls – This is where things really got going. I should point out that Councillor Gale is the Chair of two companies that are GNCC members. You would think this possible conflict would lead him to support Balsom and the GNCC. You would be wrong. Instead he used his political position to question the GNCC’s priorities, its website and its leadership:

Reminder: the GNCC shouldn’t be on trial here.

Councillor Andy Petrowski, St. Catharines – Petrowski begins by questioning Balsom and the GNCC’s organization, wondering why the decision to present to Council was made “at the last minute.” Early on Petrowski had to be reminded to keep questions to the presentation, instead of belittling the GNCC or Balsom.

After ten minutes of untruths and spurious questioning, Maves is cut off by the Chair of the committee, David Barrick.

Regional Chair Al Caslin, St. Catharines – Chair Caslin starts off with a paternalistic “Hi Mishka. Tough room.” Ah, the proverbial arm around the shoulder. Then, in just about the most condescending tone possible: “Would it be OK with you if we stopped talking about ourselves and got on with our strategic plan and our focus on prosperity and creating jobs in Niagara?”

With that, Balsom’s hour of grilling comes to an end.

So what does this mean? At best, this incident shows us that our Council, which has insisted over and over again that it’s “open for business“, is not even interested in hearing from the business community. If someone as prominent and important as the CEO of the GNCC has their delegation used as an excuse to put

their organization and leadership on trial, why would any citizen feel confident sharing their own opinions?

I will leave it to you to decide if her gender played a role in her treatment. What I can say, again, is I have witnessed many occasions that Walter Sendzik, Kithio Mwanzia and other male Chamber representatives presented to local councils just like Balsom did. Rarely are they questioned for as long as Balsom was. They never had their own competency or their organization’s competency questioned. They were not insulted with childish questions.

If Niagara is going to progress we need to demand better of our elected representatives. We need diverse, thoughtful and intelligent representation.

We need a Council that respects its citizens, no matter their opinion, their sexual orientation or their gender identity. We are not receiving this.

But hey, at least Volpatti, Gale, Petrowski and Maves voted to give themselves a pay raise.

To watch the entire Niagara Region video,you can see it here.

Opinions expressed are those of the contributor and do not necessaruly reflect those of niagarabuzz.

Previous post RANDOM ACTS OF KINDNESS DAY - What Will YOU DO? 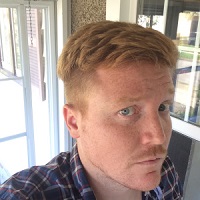