The Best Things I Learned from my Toughest Boss 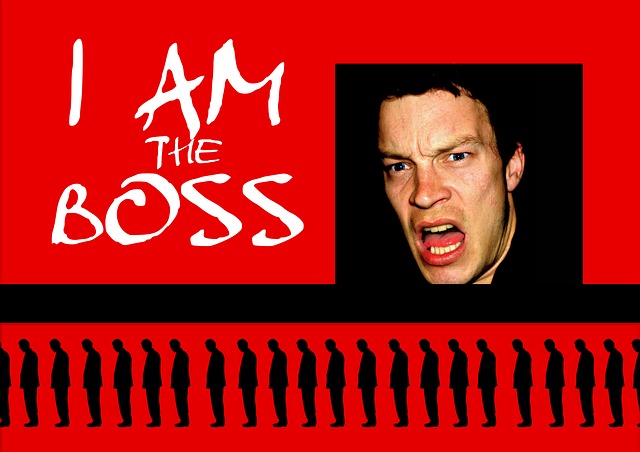 Like many people, I once worked for someone who could be difficult. He was an entrepreneur, driven, smart, and incredibly knowledgeable in his field. He was a graduate of the school of hard knocks, and had built the organization off of his credit card and immense personal sacrifice.

I was young – young enough to be his son, given that this individual (we’ll call him Boss X, for the sake of this article) was born the same year and within months of my dad. Though I went to school at night while working full-time and raising a family, and have survived at points on the “generosity” of the Costco sample distributors, there isn’t a lot about my resume that looks like “hard knocks”.

Our relationship had its challenges, but I learned a lot from Boss X, and I respect him more as each year passes. Here are a few of the best things I took away from that relationship:

1. Any other alternative use of a dollar is competition.

I work in a weird sector of the economy—trade associations. For those not familiar, associations are organizations whose names are made from an often unpronounceable combination of letters, and work to advance an industry’s common interest. Many industries have one trade association, giving some in the association business the impression that they have no competition.

Boss X taught me that was wrong, before social media and other alternatives started to erode some of an association’s value proposition. At a minimum you have competition in the form of a potential customer deciding they can do just fine without your service at all. Additionally, Boss X taught me that entrepreneurs only have so many dollars, and that we competed against every potential use of those dollars.

Boss X grew up in the industry we worked in. He believed that what we did was a holy mission, to the exclusion of all other missions. When I first joined the organization I didn’t always share that fire. I never reached a similar level of intensity. I couldn’t.

However, I saw firsthand how much we accomplished, and how we would have never had the success we had without the fire inside of Boss X. It’s a challenge being that close to that type of intensity, but no organization goes from someone’s credit card to walls, employees, and actual money in the bank without it.

3. Expect other people to care about what they do.

Boss X expected people to care as much, or almost as much, about the organization as he did. I know I fell short at times. When I would think about it, and make excuses on my own behalf, I would tell myself that it was unfair for Boss X to have that expectation. I told myself that I could never internalize those early days, when the organization was just getting off the ground, or know what it felt like to be able to finally afford to pay myself a salary.

But I could have developed a more intense passion for the organization if I would have stopped being defensive, and come at it from a different angle. Our work helped entrepreneurs be more successful, allowing them to create more jobs. I could have even viewed it from a less altruistic angle, and thought about how the organization provided me with a good living.

I eventually did end up coming to those conclusions, but only after I left, in search of an organization and an opportunity where I could develop that type of fire and intensity on my own. Though I don’t regret leaving, I wish I could have viewed my time at the organization with the perspectives mentioned above.

Boss X was many good things, but humility was not a natural strength. He was a good person and a good boss, and was generous with employees. However, he knew his industry, and was not afraid to let other people know it. Sometimes that rubbed people (including me) the wrong way. But he knew who he was, and he owned it.

There is a difference between owning who you are and being needlessly cruel. I do not believe that it was necessary for Steve Jobs to be the way he was at times in order to be successful. It’s possible to be a good person and own who you are.

Boss X threaded that line, and it’s one of the reasons why my respect for him has grown over time.

In the end I knew I would never escape the shadow of Boss X, and had to move on. I really like the path I’m on, but I believe I would have learned even more had I been more aware of some of these things while Boss X and I worked together.

If that were the case though, and many of the best lessons weren’t learned in hindsight, we would have a lot less material for songs and movies.

Next post Environment Canada - Grab that Shovel ... Lots of Snow on the Way!