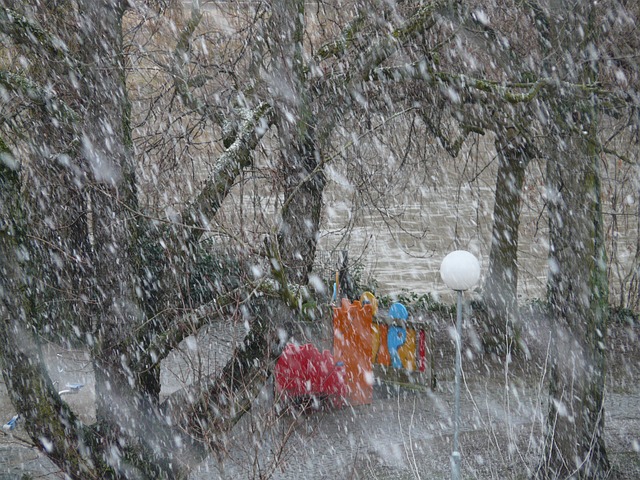 It’s a cold one out there today and on top of the temperatures dropping (currently it’s -8.4°C  in St. Catharines), Environment Canada has issued a snow squall watch in effect as of this morning for Niagara Falls,  Welland and the Southern Niagara Region.

Strong west winds are forecast to develop today and are likely to shift more into the southwest later in the day. This will potentially steer lake effect flurries and squalls to the east of Lake Erie into southern portions of the Niagara region tonight and Thursday. 12- hour snowfall accumulations may reach up to 15 cm along with frequent blowing snow and near zero visibilities at times. This watch will be upgraded to a warning later today if it becomes more certain that squalls will affect the region.

Snow squalls cause weather conditions to vary considerably, changes from clear skies to heavy snow within just a few kilometres are common. Visibility may be suddenly reduced at times in heavy snow.

Snow Squall Watches are issued when conditions are favourable for the formation of bands of snow that could produce intense accumulating snow or near zero visibilities.