DOWN But Not OUT – How to Cope 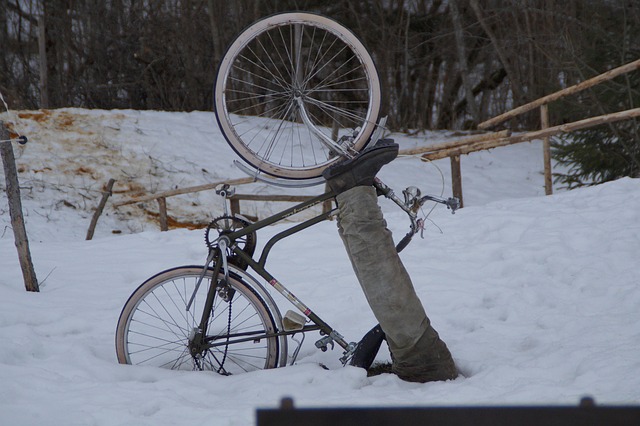 One of my very best friends in the world is going through one of the worst possible times in life. (We’ll call my friend Kevin, though that’s not his real name.) After having overcome an extremely difficult childhood, Kevin built himself a storybook adulthood. He worked hard and his hard work paid off. He has a good career, one that pays well, and involves work he can be proud of. He married young, to a girl he was crazy about (I know, because I heard about her all of the time, for years). He has a daughter and a son, ages 3 and 1.

Kevin was right where he wanted to be. He was on his preferred path.

Then his wife decided to go down a different path, and they are in the process of getting a divorce.

Kevin is not just a friend, he is also a family member—one that I think of as a little brother. If there was anyone in the world I would not want to see this happen to, it’s him. But the way he has handled it has taught me some things about how to handle yourself when you get knocked down, lessons that I’m sure I’ll need at some point. (Just hopefully not in the same context.)

The circumstances of Kevin’s situation might lead a few of us to want to take some form of very public revenge. Or, at least throw up a Facebook post or two about how awful the other person was. However, Kevin has kept his cool, and avoided publicly saying or posting anything negative about the other person. Even in private conversations he is far more magnanimous than I think I would be.

Kevin is teaching me that you don’t take the high road for the benefit of the other party. You do it for yourself, because while you might lose your house and half a retirement account, not even a judge can take half of your dignity.

2. Rediscover something about yourself.

Kevin was a drummer. Music has always been a big part of his life, and a part of our friendship. He and I used to drive my Ford Ranger to the mountains and drink Doc Otis (a precursor to Mike’s Hard Lemonade) on the banks of the Snake River, listening to Bruce Springsteen (my choice) and Blink 182 (his choice). We would often go from the banks of the river to a music shop in his hometown, where he would admire drum sets that he couldn’t afford. Kevin worked hard, first at a feed lot (in my observation, the world’s worst job) and then as a busboy to earn the money to buy his drum set. After that I would hear about the bands he and his friends formed, bands that had shifting membership, changing names, and always a MySpace page. I saw the last version of his band play in a “Battle of the Bands” for the right to open for OK Go. They didn’t win, but it was awesome to see the fruition of all of those afternoons spent in the music store.

Over the years, as his responsibilities increased, there was less time for the band. The drum set was stored in one corner of his garage, and his time and money had to go elsewhere.

But a funny thing happens when you suddenly have to spend half the week alone in a silent house, a house that had been previously filled with the sounds of children and family.

You need noise, and you need to remember the parts of you that are ­you. In this case, drums are good for both.

There isn’t any story to support this one. Just wake up every day knowing that a better day will come. They are a great outlet for rage.