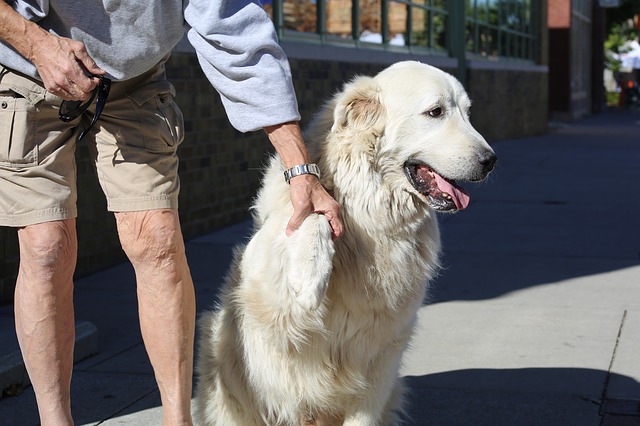 Increasingly, dogs are being used as therapists. Their “magic,” as one Ottawa handler calls it, is helping alleviate pain, calming anxiety, relieving university student stress, even helping children learn to read.

It has been recognized for some time now that dogs can help returned soldiers with Post Traumatic Stress Disorder.  The first dogs that were used for this purpose helped the first rotation of troops that returned from Afghanistan in 2003.  Now service dogs are widely used for this purpose.  It’s an expensive business.  It takes three years to train a PTSD  dog, and costs about $15,000.  The results, in some cases are spectacular.  There seems no doubt that suicides from the after effects of war have been prevented by these specially trained dogs. At the University of Winnipeg, an organization called Manitoba Mutts brought a few dogs on campus during and event called Tribe Week.  This week, the brain child of Special Student Services and Student Rights, allowed students to take a break from classes to seek stress relief in such activities as Yoga classes, Zumba dance lessons, meditation training, sessions teaching how to reduce anxiety – and playing with dogs.  A video of the event shows groups of students sitting in a circle around a dog, patting it and playing with it.  Elsewhere, dogs on leashes can be found on a large mat, and students join them to play or hug them.  Such activities induce calm and show students how they can deal with their own stress.  Visits with the dogs must be especially helpful to those students who have left behind a family pet when they began university.

In Ottawa, there is a large organization that has been operating for three years.  It is called Ottawa Therapy Dogs.  There are 110 dogs and their handlers in the program.  More are waiting to volunteer.  These dogs visit as therapists to 60 different organizations:  hospitals, health care centres, seniors’ facilities, school of different kinds.  Two of these dogs with their handlers recently appeared on TV in Ottawa.  Nellie, a part border collie, with her handler Karen Lucre, and GoGo, a dachshund, with her handler Chris Laroche, both appeared.  Karen and Chris described their organization and the good their dogs do. Karen spoke about Nellie’s visits over the past eight years to palliative care patients.  “She breaks the solitude,” says Karen, of Nellie’s one-to-one visits.  “Her positive influence on patients is actually measurable.  They visibly relax, and their blood pressure changes to prove it.”  Nellie is also a hit with children.  “I knew from when she was a puppy that she was great with kids,” says Karen.  “For example, there was a little girl whose doctor wanted her to start walking after her surgery.  She wouldn’t leave her bed.  When she realized she could go into the corridor with Nellie, she not only walked with her, she didn’t want to go back to her bed!”

As for GoGo, Chris describes his visits to schools to children who are struggling to read. “The kids get calmer,” she says.  “They forget about their challenges with reading.  They think they’re reading to the dog!”

In my own experience when I volunteered at the Welland Extended Care Unit next the hospital, there was a therapy dog that visited once a week.  She was a small reddish retriever-type dog with a tail that never stopped wagging.  I saw how much those seniors got out of visiting with that dog, the smiles on their faces, their eagerness to hug her.  Even those who were in bed enjoyed a cuddle with her.

There definitely is a healing magic in being around a dog: the touch of that warm fur, that doggy smell, that wagging tail, and eager face.  As Karen put it, “Dogs are pure love.”

Next post 10 EASY Strategies to SAVE THOUSANDS on your Bills!