RETIRING HAPPY (Hint: You DON’T Have to be RICH) 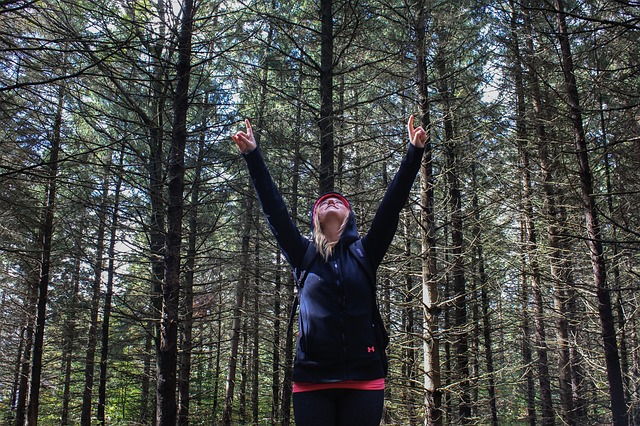 We all hope to “retire” someday.

(Why did I put “retire” in quotes? Because most of us don’t want the freedom to sit around and do nothing — instead we hope to have the freedom to do more of what we want to do and less of what we have to do.)

Does that sound like a happy retirement? Of course it does.

But that kind of freedom comes with a price, right? Won’t you need millions in assets and a six-figure annual income?

Nope. In order to rank among the happiest retirees you’ll probably need a lot less in assets and income than you think.

When Wes Moss, host of Money Matters and a Barron’s 2014 Top Financial Advisor, wrote his book You Can Retire Sooner Than You Think, he analyzed reams of data to identify some of the behaviors and characteristics of the happiest retirees.

While the traits he lists aren’t intended to serve as a checklist — after all, we’re all individuals — they can help you map out what you might need, both financially and emotionally, to increase your chances of being happy when you retire.

Here’s a sampling of those traits and behaviors: Granted that’s a fairly high income, but then again it’s “household,” not just one person. And clearly a seven-figure income isn’t a prerequisite.

So what does it take to be an “extremely happy” retiree? They average $90,000 in household retirement income. (Again not chump change, but household, not per capita.)

Greater levels of income, while certainly nice, still result in rapidly diminishing returns, at least where happiness is concerned. (Possibly that’s because everyone’s definition of success is and should be different.)

Of course those funds create a cushion (as well as generating income) but Wes feels there is a “psychological comfort” that comes from having a $500,000 safety net.

Interestingly, “moderately happy” retirees have right at $500,000 in liquid assets, but “very happy” and “extremely happy” retirees both report having significantly less than $600,000. More is better… but only by very small degrees. A palatial estate may be nice… but it’s not required.

5. Happy retirees don’t have a mortgage… or are about to pay off their mortgage.

Happiness levels go up as mortgage balances go down. Not having a mortgage payment is not just liberating but owning your home outright provides a real sense of comfort and security. (And it frees up funds to be used for other purposes.)

So while, depending on a number of factors, paying off a mortgage early may not be the best decision in purely financial terms… there is definitely something to be said — from an emotional point of view — for knowing you own your home free and clear.

6. Happy retirees have two or three sources of retirement income. After all, having your eggs in one basket means you worry a lot about that basket — and worry breeds unhappiness.

7. Happy retirees have a well-defined understanding of their purpose in life.

Bottom line: happy people know what their money — and their life — is for.

What is a “core pursuit”? An activity or interest you love to pursue. Core pursuits are fulfilling and gratifying: volunteering, traveling, teaching, sports… things that make you feel good about yourself and your life.

9. Happy retirees live in the city or suburbs.

37% of unhappy retirees define where they live as “rural,” which is over double the national average (only 16% of Americans live in rural areas.) Why does where you live make a difference? Cities and suburbs have more people, meaning more opportunities to engage and interact with more people. Relationships are extremely important to everyone, but especially to retirees.

And they spend more on those vacations than unhappy retirees.

This is one instance where spending more money correlates to happiness, possible because travel is exciting and personally enriching. And travel is to some degree social, too.

Bottom line: to be happy in retirement you don’t need a ton of assets. Or a huge annual income. Or a big house. Those things are nice, but they won’t make you happier.

You need enough to provide a sense of security… but after that it’s what you do with your time — not your money — that will make you happy during retirement.

Which, if you think about it, is just as true now as it will be then.

Now it’s your turn: What specific things do you feel will make you happy when you retire?