Pollution Is REAL and it KILLS: Learning From China’s Deadly Mistakes 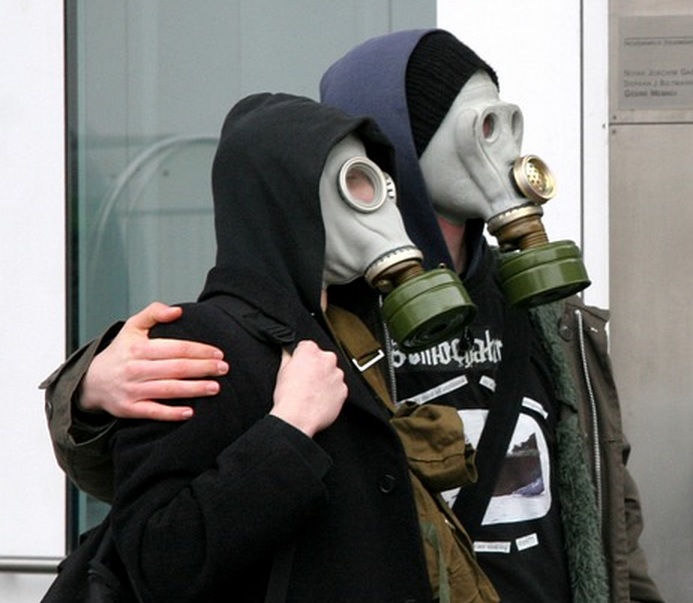 Beijing’s 21-million residents live in a toxic fog of particulate matter, ozone, sulphur dioxide, mercury, cadmium, lead and other contaminants, mainly caused by factories and coal burning. Schools and workplaces regularly shut down when pollution exceeds hazardous levels. People have exchanged paper and cotton masks for more elaborate, filtered respirators. Cancer has become the leading cause of death in the city and throughout the country.

Chinese authorities, often reluctant to admit to the extent of any problem, can no longer deny the catastrophic consequences of rampant industrial activity and inadequate regulations. According to Bloomberg News, Beijing’s Centre for Disease Control and Prevention says that, although life expectancy doubled from 1949 to 2011, “the average 18-year-old Beijinger today should prepare to spend as much as 40 percent of those remaining, long years in less than full health, suffering from cancer, cardiovascular disease, and arthritis, among other ailments.”

China’s government also estimates that air pollution prematurely kills from 350,000 to 500,000 Beijing residents every year. Water and soil pollution are also severe throughout China. The documentary film Under the Dome, by Chinese journalist Chai Jing, shows the extent of the air problem. The film was viewed by more than 150 million Chinese in its first few days, apparently with government approval. Later it was censored, showing how conflicted authorities are over the problem and its possible solutions. The pollution problem also demonstrates the ongoing global conflict between economic priorities and human and environmental health.

Rather than seeing China’s situation as a warning, many people in Canada and the U.S. — including in government — refuse to believe we could end up in a similar situation here. And so U.S. politicians fight to block pollution-control regulations and even to remove the power of the Environmental Protection Agency, or shut it down altogether! In Canada, politicians and pundits argue that environmental protection is too costly and that the economy takes precedence. (China pictured below under a cloud of pollution) Some people even point to China as a reason for Canada not to do anything, arguing that what we do or don’t do to confront climate change and pollution will make little difference because our contributions pale in comparison to countries like China and India. But while Canada’s air quality is better than many places, half of us live in areas where we are exposed to unsafe levels of air pollution. According to the Heart and Stroke Foundation, “Short and long term exposure to air pollution are estimated to result in 21,000 premature deaths in Canada in 2008 as well as 620,000 doctor visits, 92,000 emergency department visits, 11,000 hospital admissions and an annual economic impact of over $8 billion.”

And, as we know, air doesn’t stay within national boundaries. The global atmosphere is being loaded with the sum of all nations’ activities.

As for greenhouse gas emissions, Canada may contribute less than two per cent of overall global emissions, but we have the highest emissions per capita — more than the U.S. and Russia and close to three times the global average. Even with a small population compared to many countries, we’re in the top 10 for overall emissions. Don’t we have a moral responsibility to reduce our share?

We can and should do more to curb pollution and greenhouse gas emissions, especially as demands from industry and a growing population continue to increase. That means making homes and workplaces more energy-efficient and driving less. Transportation is a major contributor to air pollution and greenhouse gas emissions. But, despite the fact that a large percentage of the emissions and pollution come from SUVs, trucks and vans, sales of those vehicles are rising while car sales are decreasing. As individuals, we can take action to reduce pollution and emissions, but greater gains should be made at the policy level. Creating good transit and transportation infrastructure that gets people out of their cars is a huge step, as is offering incentives to improve energy efficiency in homes and buildings. Regulations to limit industrial pollution are also necessary.

We may never experience the kind of deadly pollution China is struggling with, but we can do a lot to make sure our air, water and soil are as clean as possible, now and into the future.