ALMOST HALF OF CANADIANS FORCED TO RETIRE EARLY 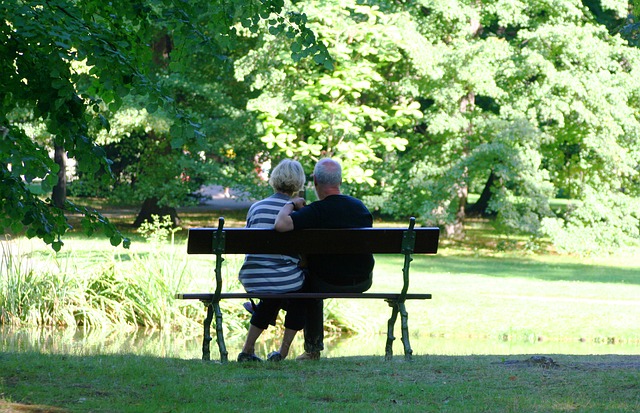 Can you believe almost half of Canadians who are retirees were FORCED into an earlier retirement and are now struggling?!

This according to a new Angus Reid Institute Poll’s key findings that looked at the “anatomy of retirement” based on a survey of close to 2000 Canadians, 40 per cent of whom were retired and 60 per cent were still working.

A total of 48 per cent of retired respondents said they retired earlier than they intended to because of circumstances beyond their control. Among that group, 27 per cent stated that making ends meet was a struggle. Another 46 per cent said they lived comfortably but did not have money for extras. Only six per cent of those surveyed said they retired later than planned.

ALSO,  around half of retired Canadians, 48 per cent, indicated that they were worried about outliving their savings. Though this showed significant financial unease among retirees, it was much lower than the 74 per cent of non-retired Canadians who noted they were already worried. The study also found that government pensions make up a major source of retirement funding, with 57 per cent saying these pensions were among their main sources of income. That compared to 53 per cent who said private pensions and 30 per cent who cited registered retirement savings plans. Only 13 per cent mentioned investments.

Those still working had a much different perspective on retirement finances. Among those still working, 28 per cent said they expect to have trouble making ends meet when they retire. That compared to 18 per cent of retirees who said they were having difficulty. Less than half, 45 per cent, of those working expected to rely on a government pension for much of their retirement income, and half said they would need RRSPs.

Despite the concerns, other studies have shown that Canadians are unnecessarily pessimistic about financial security during retirement.

Another interesting point in the poll was that it found a wide divergence between public and private sector employees. Private-sector workers were more than twice as likely to say they were struggling in retirement as public sector workers – 22 per cent versus 12 per cent.

Public sector workers were twice as likely to rely on work pensions as their private sector counterparts – 75 per cent versus 39 per cent.

In order to produce a picture of retirement sentiment, the survey generated four main types of retirees, about evenly distributed in the sample – those who are “loving it,” “comfortable,” “struggling” or “unhealthy.”

“[Retirees] will all experience a different retirement reality,” said Angus Reid, chairman of the Angus Reid Institute, “and it’s mostly a combination of health and money that determines how happy you are going to be.”

The ones who enjoy retirement have, predictably, both health and wealth, whereas the struggling have mixed health and little financial security. The other two groups have varied balances of each.

Aside from money and health, quality time with family and travel were the top two factors that made retirement meaningful, though most retirees travelled less than they intended to. Boredom was a non-issue, as the majority of those surveyed indicated they had no trouble filling up their days.

And while 62 per cent of still-working Canadians believe they will miss going to work after retiring, only 39 per cent of retirees felt the same way.

Currently, there are 6.4 million retired or semi-retired persons in Canada, according to the Canadian Association of Retired People, with the number set to grow enormously in the next 20 years, when all baby boomers are over the age of 65.

Next post How to Paint or Stain Wood Fencing

Previous post 5 AMAZING NIAGARA BEACHES TO CHECK OUT THIS SUMMER!