Be Weird, Take Risks, and Make Mistakes: How To Get The Job! 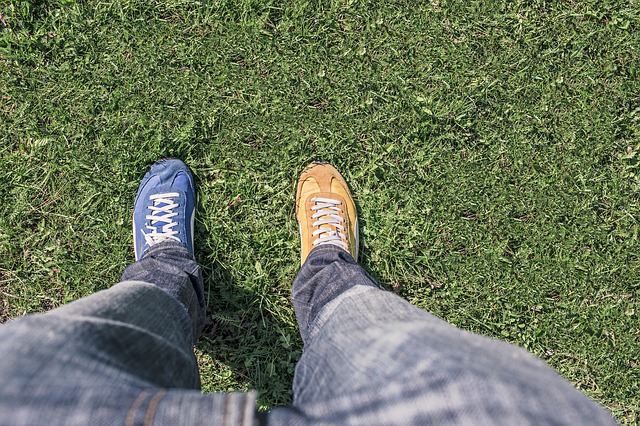 Having just started a business, I won’t be doing any hiring tomorrow—but the plan is to do a lot of hiring in the future, and when I do that, I’ll hire like I’ve hired in the past. I like creative people, offbeat people, people that have taken a few lumps, and people who’ve had to overcome adversity, including the self-inflicted kind.

What I don’t look for?

(And, occasionally, have a complete mental breakdown right in the midst of building the “right” life.)

So, here’s what I do look for: Don’t share the darkest corners of your Internet search history or come to work dressed for ComicCon (unless it’s ComicCon day, and if that’s the case, don’t leave that job), but don’t be afraid to let people see the real you.

If the real you—the weird you—pushes people away, then you are in the wrong place. (Give it a couple of years and look me up. We might have a home for you at M5 or CareerHacker!)

Five years ago my wife and I started a nonprofit that provided comic books to low-income schools. We incorporated it and got our 501(c)3 ourselves. We also spent a lot of money and time getting it off the ground, money that we never saw a financial return on. But, while we didn’t have the time to turn it into a self-sustaining, permanent organization, we did see a return. We donated comic books to 22 schools in 8 states, in some of the poorest rural communities in America.

Beyond just the intrinsic reward, I learned how rewarding it is to create something. I learned how something you create is so fundamentally different from something that you merely “do” that the difference can’t really be described.

We risked a lot of money starting that organization, but it was worth it. Take risks of your own.

They can be the best professional development you’ll ever get.

I know someone that I’m pretty sure wants to run for president one day. After high school he went to college, entered the military, became an officer, came home, ran his wife’s family’s farm, and then became a consultant. He’s square-jawed, looks like Clark Kent, and never has a hair out of place.

All of those things are noble professions, and anyone who serves in the military should be commended. However, it’s always struck me that each step he takes is based on a plan for world domination that he sketched out at a young age, and has rigidly stuck to.

He’s not like most people I know, including me. I did everything out of order, I did it the hard way (often because I made it harder), and my chance at running for president probably disappeared when I wrote a post about stealing food off my neighbor’s grill when I was 20 (it is a pretty heinous crime, seriously).

We need humans, and humans make mistakes—so own your mistakes. Use them to fuel your future successes.

How do I hire?

I hire people who are people.

They are smart, they are flawed, they take risks, they make mistakes, and hopefully they bring what they learn from those risks and mistakes into my organization, and make it better.