WOMEN – STANDING OUT OR JUST TRYING TO FIT IN?! 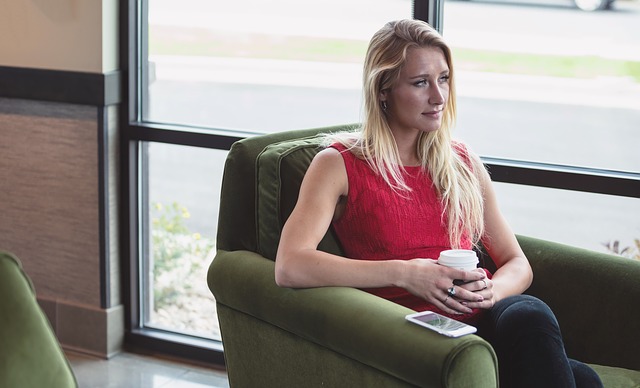 A few weeks ago I was invited to join an online woman’s networking group. Normally, I’d jump at the chance but this was on Facebook so I was skeptical. I don’t consider Facebook networking because I have a very small group of people that I know personally. But, I thought… “What the heck. Give it a go. You never know.” The first post I saw was from a woman asking if everyone thought it was okay if she wore a certain outfit. (Not even in a business situation, just casual situations) It was something that she thought might not be in style but she liked it. She saw something similar in a magazine and thought it might be coming back into fashion. She was excited and she even asked her daughter if it was okay and the daughter said “no!”

That was all I needed to see. I unjoined. But, first I told her that she should wear what she likes without thought to what society has deemed appropriate. Much to my surprise, not many people said the same thing. They were going along with her.

This was not the type of networking I had in mind and it bothered me on so many levels. It bothered me as a woman. Maybe I’ve just reached the crotchety old woman level. You know, the “I don’t give a crap” when it comes to minor non-issues level. Maybe, the networking group was far below my age. Or maybe once again, I was really overthinking the post.

But, it wasn’t just about a fashion question to me, it was a deeper issue that needed to be addressed. There were three questions I had:

If you’re not comfortable enough in minor situations, how comfortable are you at work to speak up or do you let people diminish your voice there as well?

Going Against the Grain Going against the grain is okay.  Feeling comfortable in your own skin is okay.  I used to obsess over being an introvert.  You’d certainly never know it by my profession. I’m animated when meeting people, when I facilitate workshops, or when I’m in public speaking venues – I love all of those things.

But, I have often been deemed “shy” because I’m reflective and I don’t have to be the loudest person in the room. Extroverts, on the other hand, sometimes get nicer accolades. They may be called “gregarious” and “outgoing.” And, they are never seen as having difficulty meeting new people and being the life of the party.  But really, all my ‘introvert label’ means is that I regain my energy by being alone, whereas extraverts thrive often times in large groups.  It’s a good thing we have both because can you imagine parties if not?

But call me shy, anti-social or whatever other label you want to attach to it because the bottom line is that it just doesn’t matter. Again, it’s probably because I’ve reached the “I don’t give a crap” level but we don’t need to force ourselves to be something we are not.

Here’s the irony, the Western society teaches us that we are a fiercely independent and individualistic society.  But, we often endeavor to be like everyone else.  We sway to group pressure. Nobody likes being the odd one out. That’s why many of us will agree with the group rather than stand apart, even when we know it’s not the right thing to do.

But standing out is not about being rebellious and purposefully trying to get a charge out of people like you did when you were a teenager.

It’s about being authentic.

You stop wasting your energy trying to be someone you’re not and focus your energy and talents on being authentic, on being true to yourself, and adding important value because of your uniqueness.

But, let’s take this one step more. Think about those things or times when you go against your natural grain and fit in. I challenge you to let go of that need to do that if it is not serving you or adding significance to your life.

Instead, ask yourself, “What is it that I am really here to do?, What do I want to accomplish in this lifetime?, or How will I grow today?

Once you answer that question, it’s time for the big one: “What’s been holding me back?”

What do you think? Comments welcome.

Next post SLEEP CHEAP IS HERE! Locals Can Get Awesome Deals on Hotels Listed HERE