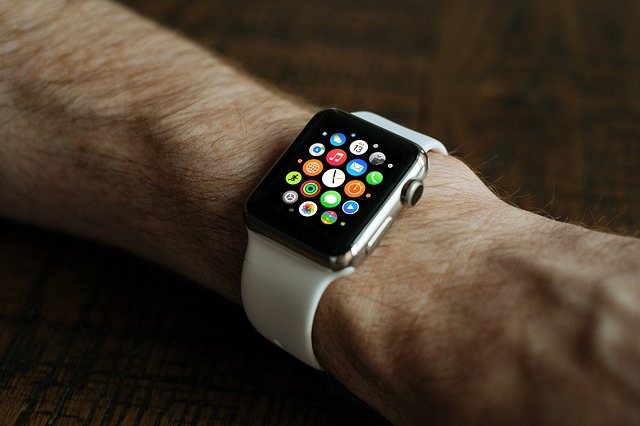 Throughout the long, punctuated ascent of humanity to the pinnacle of planetary power (for better or worse), necessity has, proverbially, been the mother of invention. We needed mastery of fire, and invented the means. In the fullness of time, we needed a wheel, and invented one, along with defense against redundancies in the appended and well-known admonition about reinvention.

The reality is that we invent out of genuine and acute need, in the manner of MacGyver, perhaps only rarely. More often, we invent out of want, and then find that the satisfaction of one desire propagates others. I have long noted, for instance, that the more “stuff” I have, the more stuff I need. My stuff needs stuff. The stuff my stuff needs, needs accessorizing. And on it goes.

In the modern era, then, we are prodded to reconsider the genealogy of necessity, and invention. Jared Diamond in particular has noted, ruefully one presumes, that invention is now the mother of necessity. I have felt it. I was privileged, for instance, to attend one of Apple’s remarkable “coming out with new tech” events a few months ago. When I set out to take my privileged seat in the expectant crowd, almost near enough to tell you about Tim Cook’s cologne, I left my much-relished, state-of-the-art MacBook Pro in my hotel room, anticipating the customarily intimate reunion: my urgent fingertips, her keypad… You know the drill. In any event, Mr. Cook regaled us with Apple’s innovations, including the many marvelous reinventions of my beloved Mac. The next thing I knew, that Mac waiting for me at the hotel had become slow, and ungainly, and obsolete. I needed the new one! I don’t have it yet.

Such ambivalence has long animated my musings about wearable health tech, and with particular fervor, since that’s my wheelhouse. By the way, we now use that word in new ways invented by…somebody. I’m pretty sure I got it from Randy Jackson.

I have been ambivalent, because we don’t really need tech to be active. A serviceable pair of feet works rather well. The fascinating thing about technology and fitness is that our modern efforts are much about restoring some approximation of the native activity level to which our species is biologically adapted. Species unadapted to motion- mussels, for instance- are reliably unlikely to profit from it. The muscles of Homo sapiens are another matter, however. They are the accoutrements of an endurance animal, a hunter-gatherer; bipedal wolves, of a sort. They were made for motion.

So it is we dote on modern invention to restore a necessity for health well satisfied before invention was invented. There’s irony there somewhere.

On the other hand, we allegedly have St. Ambrose to thank for the invention of this pithy counsel: “If you should be in Rome, live in the Roman manner…” In the vernacular, of course, that reverts to: “when in Rome…”

We may not be in Rome (special greetings to any readers who are!)- but we are not in the Paleolithic anymore, either, to say nothing of the Pleistocene. In the modern era, technology has been conspiring mightily against physical activity for quite some time. The diverse products of first the industrial revolution, and now the on-going electronics revolution, are remarkably proficient at displacing the use of muscle power. The more technology does for us, the less our muscles do- with predictable and well-known consequences.

I look at the announcement by Target in the US, that it is providing free FitBits to 335,000 employees in this context. There has been an “if you can’t beat ‘em, join ‘em” argument about tech and activity at least since the advent of Dance Dance Revolution. Technology isn’t going away, so in those areas where it represents a threat to us, we are obliged to invent new technology to offset those unintended consequences. That’s how we roll, from pedometers, to Wii Fit, to FitBits.

I have concerns. I worry that an increasing dependence on technology for activity may dissociate us further from the opportunities proffered by nature, and deny us the attendant benefits that extend beyond a reliable tally of calories burned. I worry that we may be obscuring the profound appreciation we should all feel for our native, animal vitality. When our bodies work as they should, perhaps we should be counting our blessings, rather than our steps. I worry as well that time spent fussing with tech- uploading our data, reviewing our profile, posting our milestones- might further impinge on the time allotment for actual motion each day. Maybe we have time to do it, or track it, but not both. But I hasten to concede that I am a beneficiary of fitness tech myself. After five decades of rambunctious joint abuse, I find running, much as I like it, a potentially painful affair. My daily fitness routine, therefore, is courtesy of my in-home elliptical, and Concept 2 rower. I am nothing but a hypocrite to deny my gratitude for the invention of these devices that allow for high-intensity exertion at low stress to my joints. I thereby preserve my capacity to run should something ever happen to chase me.

As a scientist, I am obligated to concede as well that early evidence supports the underlying contentions of fitness tech. While the accuracy of everything being tabulated has been challenged, there are signs that well designed fitness tech does, indeed, encourage activity. I have been won over sufficiently to engage as a medical advisor to start-ups doing interesting and promising work in this space.

Finally, the true promise of wearable health tech goes beyond the private dialogue between device and wearer. The transmission of data to a server with an interface for a clinician is a genuinely exciting advance, with important implications for the management of health risks and chronic diseases. The mere availability of such data has the potential to draw more clinicians into attention to, and encouragement of, exercise and lifestyle as medicine- a domain of nearly limitless potential, and long neglected. An even nominally accurate rendering of activity and biometric data is a vast improvement over human recollection, and potentially empowers clinicians and patients to collaborate more effectively toward customized, quantitative goals. Colleagues and I have examined technology for diabetes management, for example, with quite promising results.

Some may view wearable tech as an unnecessary manifestation of our increasingly “material” world. Some may view Target’s largesse as gimmickry, or manipulation. I confess, though, that I am not reliably among them.

I receive plenty of tech for free (in the hope that I will use and endorse it) that I wind up never using, because I would prefer to go for a walk, or a hike, or a bike ride than read another instruction manual. Others have the same prerogative. Target’s employees and their FitBits may be like horses and water. The employees, like the horses, have the final say.

Perhaps it is time to reinvent the relationship between necessity and invention yet again. These days, they are less like parent and child, more like siblings in a constant state of rivalry, taunting one another. New inventions propagate new necessities, which in turn propagate new inventions. Whether benefits or liabilities prevail in any particular case is best arbitrated by empirical data, rather than native antipathy or enthusiasm. I have some of both, but strive to look past them to the data.

I note, in passing, that I certainly did not invent this debate about the relative merits of cutting edge tech, versus hiking at the timber line. Remember Rocky IV?

For now, I will leave my ruminations there, consigning any residual ambivalence about the need for such invention to Cyberspace, by converting my cogitations into binary code, and beaming electrons into the ether. The whole enterprise was invented only recently, and yet I concede, I have seemingly come to…need it.

Next post LOTS OF STUFF IN NIAGARA TO DO THIS WEEKEND - GET OUT AND ENJOY!