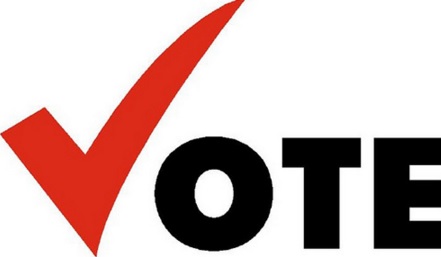 Voters are expected to show up in huge numbers today after the longest campaign in modern Canadian history, in an election that appears to be one that will be about CHANGE…..Elections Canada said turnout for advance polls last weekend was 71-per-cent higher than it was in the 2011 election.

Party leaders were all over the map in Canada yesterday, trying to do their last minute due diligence to get as much support as possible in ridings.

Both the Liberals and the New Democrats have campaigned for the past 78 days to persuade Canadians that they represent the best option to provide a new direction in Ottawa.  Polls suggest a large majority of voters want to see change in Ottawa, but it’s unclear how that will translate into seats in tight races across the country.

Justin Trudeau – who finished his campaign in Montreal,  spent the early part of the day Sunday in Edmonton and Calgary, showcasing his party’s hope for surprises when the polls close on Monday.

Mr. Mulcair concluded his long and challenging fight to persuade voters to elect the country’s first NDP government with rallies in Canada’s largest cities, claiming to have momentum while polls suggest it began slipping away from him weeks ago.

Mr. Harper has been on the attack against Mr. Trudeau in the final moments of the 2015 election campaign, trying to frame the Liberal front-runner as an elitist who would put special interests and the needs of the federal bureaucracy ahead of ordinary Canadians. He launched his final appeal for votes in the campaign with yet another rally in the Greater Toronto Area on Sunday morning, where he warned a Liberal government would mark a return to fat-cat Ottawa.

Though he has been in power for nearly a decade, Mr. Harper received a last minute setback yesterday from any unlikely source – a former legal counsel in the Prime Minister’s Office and lifelong conservative, Benjamin Perrin. In an e-mail to reporters, Mr. Perrin said his experience with the PMO’s handling of the scandal involving Senator Mike Duffy persuaded him that the Conservative government “has lost its moral authority to govern” and that he had voted “for change” in advanced polling last weekend.

Overall it would appear that the Liberals have widened their lead over the Conservatives in a Nanos Research poll which showed that 39.1 per cent of respondents picked the Liberals, 30.5 per cent picked the Tories and 19.7 per cent chose the NDP.

Tips to Vote from Elections Canada:

When can I vote?

Are you a Canadian citizen? At least 18 years old on Oct. 19? Do you have the proper ID?

If you said “yes” to all three, congratulations. You are eligible and ready to cast a ballot.

Bring along any government ID with your photo, name and current address, such as a driver’s licence, or two of the following: your health card, passport, birth certificate, or other document from a long list available on the elections.ca website.

Expired ID works. Just be sure it has your current address on it.

Just moved and haven’t updated your ID yet? Bring in a bank statement, utility bill or lease with your name and new address on it.

Don’t have any of these things? You can show two pieces of ID and have someone you know take an oath and attest to your address. However, this person must show proof of identity and address, as well as being registered in the same riding.

Students can even bring in their student card and any school document with their address on it if living away from home. Even people without a fixed address can vote, using a Letter of Confirmation of Residence from a shelter or soup kitchen.

Most ID works. So don’t use that as an excuse.

And note: your voter card is not your ID.

What if I don’t know what riding I live in?

Elections Canada has a handy tool on the elections.ca website so you can figure out your riding and the candidates. Do I have to be registered to vote? Is it going to take a while? How do I register?

Yes. If not already registered, you can take care of this at your polling station before casting a ballot, which will take a few minutes. The deadline for registering online and by phone has expired.

For all other enquires go to Election at www.elections.ca