Why RIGHT NOW is an AMAZING Time to be Alive 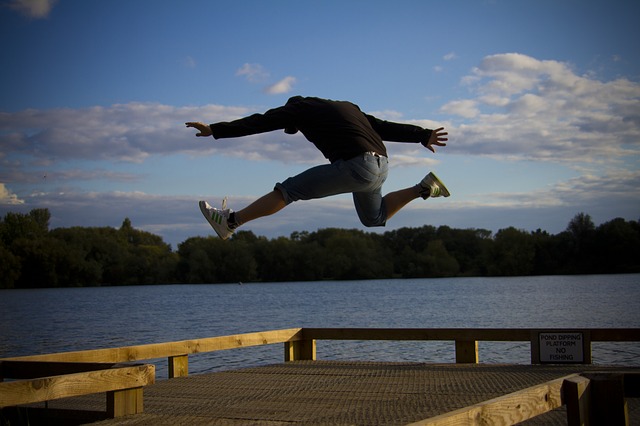 When I was 18 my dad lost his job at the conveyor belt manufacturer where he had worked for 7 years. That job had meant a lot to my family. It, along, with my mom’s associates degree, pulled us out of poverty, or the perpetual edge of it. I remember the brittle sound of my mom’s voice when she called to tell me what had happened.

My dad’s next step was to take the knowledge he gained during his time at that company and turn it into his own business. He wanted to control his own destiny. He named his new company MAC Product Handling, after his father and my grandfather—a man who had gained the nickname “Mac” while working nights on the Union Pacific railroad after working all day on the farm my dad grew up on. MAC Product Handling subleased a single office from the law firm my mom worked for. My dad signed up for his first, and last, email address. He had a logo designed, got a cell phone for the company, and put all of that information on a business card.

I still have that business card in the box of stuff that contains my family’s history. It has my prom tickets from high school, my baby book, pictures of my brother and I in our extended mullet phase, some of my mom’s ashes—and a weather warped business card.

The white on the card has long since faded to yellow. My dad started his business in a different era. He knew his industry and he knew his market, but what he didn’t know was how to be his own accountant, his own marketer, or his own IT director.

The business lasted for a year before folding. He never completely got over MAC Product Handling’s inability to get off the ground.

I hear frequently that the overwhelming amount of content and information around us is “noise”, much of it unwanted. When my dad started his business he had the opposite problem: silence. He didn’t have the privilege of pulling his phone out of his pocket and finding literally millions of different free resources on topics that he never had to know about until he became an entrepreneur.

My dad can build a tree house that is a marvel of simplicity and beauty—the type of thing that can turn you into a cultural icon if you do it on a mobile device, rather than “just” in the front yard of your grandchildren’s house.

Today people like my dad—old school engineers whose handwriting was born to fit on a scrap of plywood—are surrounded by information and resources that allow them to fill in the gaps, and turn their idea or product into a living, breathing business.

Beyond just the knowledge that exits in the “noise”, there is something else I wish my dad could have heard when he was designing that business card:

There is a huge difference between failing and being a failure. My dad never heard that a message, a message that is such a common part of the “noise” that we take it for granted.

The Best of Times

I’ve been giving a lot of talks lately on my experiences and every time I’m in the front of the room I visualize a younger version of my dad in the back of the room, a dad that still looks more like a Bee Gee than “Grandpa Elfie”, as my kids know him now. He has his bandana on, his earrings in, and he’s taking notes while some guy that looks sort of like him talks about getting customers by writing content online.

I visualize him hearing the right piece of “noise” at the right time—and then, everything changes for him. He moves out of the law office into an incubator like the one I have space in, and then into an office of his own.

That’s the world I’m lucky enough to live in.

In the world we get to hear a lot about how bad things are right now.

I don’t believe that.

If you want to:

be thankful that you exist right now, when those opportunities—when the chance to make some “noise”—is all around you.