Professional Advice: Here is My Best… 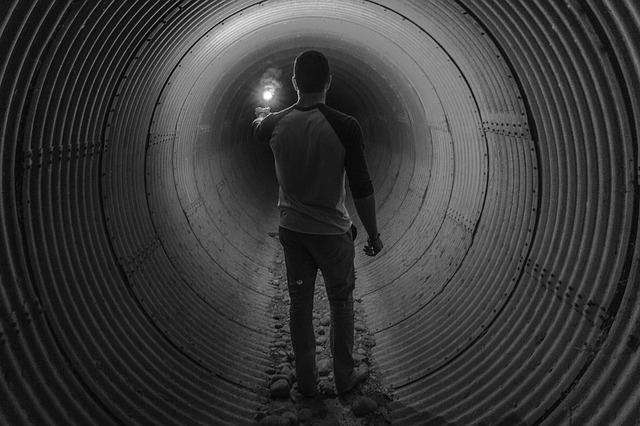 When I was 24 I was offered what, at the moment, was a really good job. In the year leading up to that job offer I had met and married my wife, became a father to her four-year old daughter, and graduated college. On the day I was offered this job we were a few days away from having our second child. I had taken on as much responsibility as I could, as fast I could, and I needed more money (and a good healthcare plan) in order to live up to that responsibility.

I had gone on multiple interviews for several different jobs, the last of which was done on a 118 degree day in Phoenix.

I was that desperate—desperate enough to move to a city I did not like, on a day when it was so hot you could feel the parking lot soften beneath your feet.

The interview was for a position that served as a liaison to the public and media in the Director’s office of a state government agency. I did well in the interview, but that was not the job I was offered. Instead I was offered a role as the branch chief of a small division that oversaw risk management, internal auditing, and policy making.

We were kind of like the Department’s internal watchdog—and no one wanted to hear from us. Even our physical location indicated how unwanted we were. Our branch was housed down the street from the main office, behind a 7-11.

In fact, we were so unwelcomed that on my first day my supervisor cryptically told me my main directive was to, “Keep my fingers out of other people’s pies.” For a few years I did my best to adhere to my boss’s directive regarding the pies of others. I went in to work every day and did a job no one wanted me to do, much less appreciated me doing.

While the pay was okay and the benefits were good, I started to go a little bit crazy. It was the definition of a dead-end job, and I became convinced that because I occupied a dead-end job, my career itself had dead-ended. I thought that in my mid-twenties my career had somehow solidified into being an unwanted, unwelcomed, and unseen government middle manager.

Which, in hindsight, was crazy. It was crazy to think that somehow, at that age, the die was cast and my fate was set. Still, that’s how I often felt, until I got the opportunity to leave.

I’d spent some of the copious amounts of downtime that position afforded—and the Department’s tuition assistance plan—to get two masters degrees, and two post-grad certificates, and after being unwelcomed and unwanted for too long, I put my resume on CareerBuilder. I got a call the next day from a recruiter about a position as an executive at a small trade association, and I ended up getting the job.

The Die is Cast?

In the years since I left that dead-end job I have gone on to lead another trade association, open my own business, become a well-read blogger, write a children’s book, and do a lot of other crazy things. My career has brought me to the White House on Thanksgiving, to Busch Stadium to throw out a first (and utterly awful) pitch for the St. Louis Cardinals, to the LinkedIn offices to film a commercial, and the other day, to a classroom of students to give my perspective on building a career.

One thing that becomes clear when listening to college students is the importance they place on their next job, as though it will cast the die for the rest of their career.

It doesn’t have to.

The die only gets cast if you sit still long enough for that happen.

Always push yourself. Learn something new. Try something new. Take risks. If you run into a dead-end, dig a tunnel. If that tunnel dead-ends, dig another one. Keep digging until you find a way forward.

The digging can be a painful, frustrating experience. You’ll get tired, and dirty, and your fingernails may start to bleed.

But as frustrating as digging tunnels can be, there is a reason why no one has ever used the phrase “The Light at the End of a Dead-End.”

Next post A Christmas Gift that Keeps on Giving!