HOW HILLARY CLINTON BLEW IT … 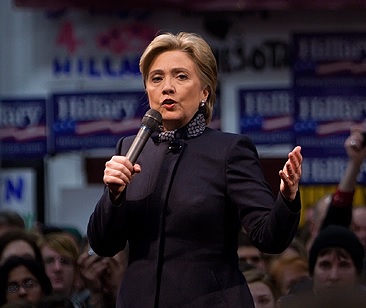 “I don’t believe I ever have lied…”

I’m a news junkie and my interest really heats up when it’s election season. Democrat or Republican, it matters not. I watch all parties with a critical view. You’ve heard the saying, “I’m not a doctor, I just play one on T.V.”  Well I’m not a Campaign Manager, I just like to pretend.

It’s like being an armchair quarterback. You know, the person who likes to offer advice or an opinion on something in which they have no true expertise or involvement. For some unexplained reason, neither party has come knocking on my door specifically asking for my advice. So, I’ll continue to rant, uh, write about it.

I was pretty stunned last week when Hillary Clinton sat down for an interview with CBS’s Scott Pelley. He asked one simple question and she blew it. She really blew it.

Here’s how it went down:

CLINTON: Well, I have to tell you I have tried in every way I know how literally from my years as a young lawyer all the way through my time as secretary of state to level with the American people.

PELLEY: You talk about leveling with the American people. Have you always told the truth? PELLEY: Some people are gonna call that wiggle room that you just gave yourself.

PELLEY: I mean, Jimmy Carter said, “I will never lie to you.”

Whoa. That was difficult to watch. I wrote a recent blog  on spotting lies and dodging this question without being able to answer simply, definitively, and powerfully would have me squirming in my seat if I were her Campaign Manager.

A Quinnipiac University poll released last week showed that 67 percent of U.S. voters said they don’t think Clinton is honest and trustworthy, compared to 30 percent who said she is.

The fact that Clinton felt the need to waffle on a direct question about whether she has lied is exactly why many Americans believe she is dishonest and untrustworthy.

Come on, Clinton Camp, that doesn’t take a genius to figure that out. It does nothing to quell concerns about her ability to be honest and straightforward.

In the New Hampshire exit poll, more than one in three (34 percent) of all Democratic primary voters said that honesty was the most important consideration in their decision on which candidate to support. Bernie Sanders won 92 percent of their votes compared to just 6 percent for Clinton. Giving that type of answer does not help her case about concerns over honesty.

Her answer to the criticism of honesty has generally been to blame it on a Republican Party that has been obsessed with her for decades. She believes they are willing to say or do anything to tarnish her reputation. I’d imagine there is more than a little truth in that but as the New Hampshire exit numbers suggest, the problem is larger than just Republicans who are trying to stop her run for office.

Clinton’s answer strengthens perception that she is an expert in giving carefully worded responses when a simple and straightforward answer is what people are seeking. Donald Trump’s blunt nature is one of the reasons he is appealing to people.

In trying to critically assess her answer, I can understand why she responded that way. We all know that answers and interviews have a way to come back to haunt you. People dig things up from years ago and from the legal side, you have to be careful about wording. I’m sure she is trying to prevent any future issues but when you have matters regarding honesty and trustworthiness, you may want to try a new strategy because this one doesn’t seem to work.  It doesn’t play well with the American public. When you know there is a known issue, don’t add fuel to the fire. “I don’t believe” or “I have always tried” are the things that make great sound bites – but for the opposing team.

And to think we have nine more months of this. Pass the popcorn! With Donald Trump as the Republican frontrunner, things may heat up even more.

Next post Why Is Jeopardy Giving Canadians the BOOT for NOW?