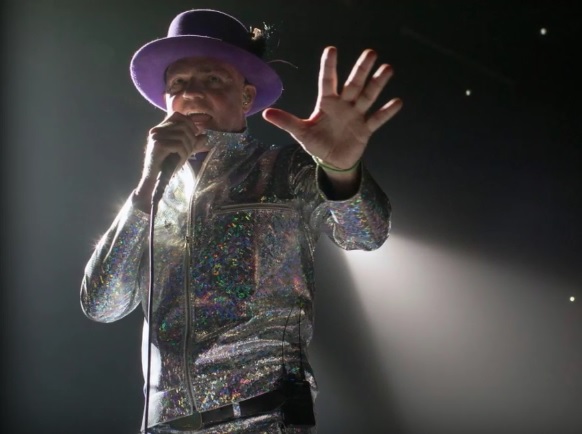 Kingston Ontario was the scene last night for the final concert of The Tragically Hip.  A band that means a lot more than music to millions. The mere mention of the name brings a rush of emotions, memories of growing up and ultimately a Canadian success story that brought us all together last night in one final tribute.

It has been an emotional journey for the group and its fans since the announcement came out that frontman Gord Downie had  terminal brain cancer. This final gift of a performance which took place inside the Rogers K-Rock Centre despite the situation will never be forgotten and was all fans could hope for and more from the group who gave an incredible performance that lasted almost three hours and had three encores.  Downie and the rest of the group in total performed a powerful 30 song set.

People gathered all over the world to watch the bittersweet livestream broadcast.  Locally,  huge crowds piled into locations like Queen Victoria Park in Niagara Falls which had two large screens set up for the free epic event and St. Catharines at the Meridian Centre.  (It was only last year that the Hip performed to a crowd of 5000 in the Centre for a concert before the Downie illness).

The bands performance included hits from their entire discography,  including crowd favourites like Nautical Disaster, New Orleans Is Sinking and Bobcaygeon, and ending with Ahead by a Century. Here’s a taste of one of the classics as captured by CBC last night:

Among those at the historic performance where 7,000 gathered at the main broadcast location was Canadian Prime Minister Justin Trudeau, whom Downie referred to and joked with several times during the show. Ultimately, concert-goers treated the show like a landmark moment in Canadian history which huge flags being waved throught the crowd and even a moment when the audience spontaneously began singing O Canada, with nearly everyone rising from their seats.

At the end of it all, encores and tears aside, Downie simply addressed the crowd with: “thank you for that.”

Previous post LEAN ON ME - Life at The Niagara Falls Humane Society...