Contemplating my Navel: One Man’s Introduction to Yoga 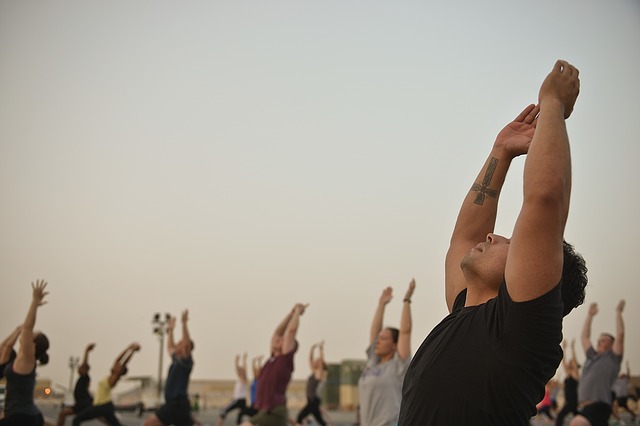 I have been practicing yoga off and on for about five years now. I don’t do it as often as I would like but when I do it is an exhilarating experience. Though I was never dismissive of yoga or thought it “too effeminate” for a man to partake in, I quickly gained an appreciation for an activity that brings me such emotional, mental, and physical inspiration.

When I was diagnosed with coronary artery disease back in 2010, I immediately had to give up the high impact exercises that had been part of my lifestyle over the past decade. That meant no more heavy weight lifting sessions, running, or long bike rides to Queenston Heights. It left an incredible void in my daily schedule and I needed to find something to give me that same rush. That’s when I started to become interested in yoga. If anything, yoga seemed to be the antithesis of the intense exercise routines that I had become accustomed to. The more I heard and read about the impact that yoga had on the lives of others, the more curious I became.

Although some of the poses looked challenging enough, I still had my doubts about trying yoga. I wanted a real workout. I didn’t want to have to chant or meditate.  After watching a few YouTube videos and reading up on the benefits of yoga, I decided that I would finally give it a shot. It would have to be at home where nobody could see me and I was free to look as ungracious as possible when I fell over as many times as I wanted without risking public embarrassment. Equipped with some DVDs and a yoga mat that my sister got me for my birthday, I was ready for my first yoga session. For me, a workout isn’t truly a workout unless I’m sweating profusely and a little sore afterwards. What appealed to me about experimenting with yoga was how little equipment would be required. All I needed was some loose fitting clothing, a yoga mat, and water or Gatorade to keep me hydrated.

At first I struggled to maintain my balance as I attempted what I thought would be easy introductory poses. Standing there with my arms stretched up over my head, front knee bent while holding my back leg straight was a lot tougher than it looked. I would struggle to maintain my balance on several occasions. Yoga is not easy, especially when you are trying to balance an almost two-hundred pound frame in a series of intricate positions. Proper form is vital to a good yoga routine or else you will just end up hurting yourself. There are still a lot of poses I can’t do nor do I think that I ever will and that’s okay. If a pose seems too difficult or dangerous for me to attempt, I just won’t do it. Any concerns about the yoga routines not being intense enough were quickly laid to rest as I quickly found myself drenched in sweat just a few minutes into my workout. It took several attempts for me to get comfortable with poses such as Warrior One, Tree Pose, and the incredibly demanding Side Plank. But once I was able to keep my balance and stand in proper form, it felt great. Having breathed through my mouth during my weightlifting days, I had to learn how to breathe through my nose during my yoga routines. It took some getting used to but you’d be surprised by how important something as simple as basic breathing technique is in yoga. The old-fashioned stereotype of yoga being a “women’s exercise” has dissipated a lot over the past few years. More and more men are attending yoga classes or doing it on their own. It is a total body workout: cardiovascular, skeletal, muscular and endocrine (of, relating to, or denoting glands that secrete hormones or other products directly into the blood). Yoga helps to relieve stress, lowers your blood pressure,challenges your entire body, flushes your system of toxins, helps you to focus, and boosts brain function. On days where I practice yoga, I am left feeling calm and relaxed. I hope to become a little more devoted to practicing yoga as I have the experienced the physical, emotional, and mental benefits firsthand.

“The deeper you get into Yoga you realize it is a spiritual practice. It’s a journey I’m making. I’m heading that way.” Sting 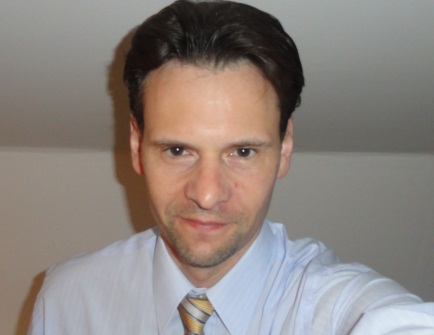