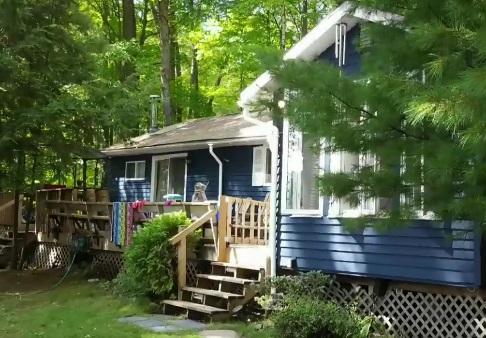 So you think your electricity bill is high?  How would you like to get a big bill for absolutely NO POWER.   That’s what cottage owner Kip Van Kempen says happened to him and he is furious about it.

It all started last fall when a tree fell on a power line leading to his cottage on Mazinaw Lake, north of Kingston, Ont.  After the incident, Hydro One crews came and cut the tree and disconnected the line, not being able to fix the power line because of red tape and other “logistical” concerns. Fast forward to eight months later and Hydro One finally restored Van Kempen’s power to his all season cottage, but by looking at his electric bill you would never know it he says because Hydro One charged him hundreds of dollars in delivery fees for the months his cottage was without power. The bill even shows his electricity usage per day during those months as being nothing. The delays in restoring power to the cottage were due in part to the lack of accessibility of his cottage which can only be reached by ATV or boat. He said he tried for months, to make repairs and get things rectified so that the power could be connected.

Now, he is suing the utility company for $7,500, frustrated at his lack of progress in resolving the issue thus far.

Because this case is currently before the courts, Hydro One has said it will not discuss Van Kempen’s case . But, in a statement issued to CTV Toronto, Hydro One said that customers always receive a monthly flat-rate delivery charge if the utility company’s equipment, including the smart meter, is still on the customer’s property. Van Kempen should have cancelled his service and returned Hydro One’s equipment if he wanted to avoid paying the automatic delivery charges.

“The fixed charge is not payable if the customer requests electricity service to be cancelled,” the statement said.