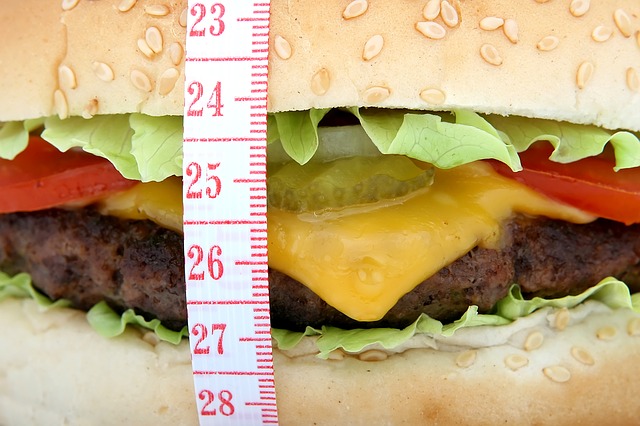 Has the medical world gone completely insane? A new medical device called “AspireAssist” to treat obesity has been approved by the Federal Drug Administration (FDA) in the U.S.

Its approval is being studied by Health Canada. The British Medical Journal agrees with my reaction when it reported, “AspireAssist surely marks the end of civilization as we know it”.

This remark sounds ominous, but it’s not about a nuclear threat. Rather, about obese people who thoroughly chow down a meal, then half an hour later physically remove one third of it! Not by inserting a tube down their throat. Instead, by an endoscopic surgical procedure in which doctors insert a pencil-sized tube into the stomach. Following the meal a pump is attached to the tube and the contents of the stomach emptied into the toilet. Hardly a civilized way to spend your spare time!

AspireAssist is recommended for those over age 22 who are significantly overweight. The FDA reports that of 111 patients treated with AspireAssist along with lifestyle therapy, weight loss was 12.1 percent after one year. So a 200 pound person would lose 25 pounds. This is not a significant amount when other safe methods are available.

I would hope readers instantly realize the hazard of a permanent tube connecting the stomach to the outside world. Something is bound to go wrong. So some have reported a range of problems, such as constipation, diarrhea, nausea, vomiting and indigestion.

Like any surgical procedure, complications are possible. Some patients complained of sore throat, abdominal bloating, bleeding, infection and breathing problems. Others developed inflammation of the lining of the abdomen, sores on the inside of the stomach and pneumonia. Even a death was reported.

Also the tubal opening of the abdomen poses risks such as pain, inflammation of skin, leakage around the tube, bleeding, infection and migration of the tube into the abdominal wall. Consequently, some tubes had to be removed which increases the risk of a permanent fistula (opening) between the stomach and the outside.

Then there are ongoing costs of doctor visits to monitor the device. AspireAssist stops working after about five to six weeks so patients must return for a replacement. All this trouble to lose 25 pounds!!!! Faced with this number of adverse events in just 111 patients, one questions why the FDA would approve this device which costs $13,000 plus the costs of complications. It boggles the mind when health authorities are meant to be responsible for the safety of patients.

So is there a valid reason why the FDA would approve this drastic method of treating obesity? Today, it’s true that an unprecedented epidemic of obesity, diabetes and heart attack is a societal tragedy. The World Health Association reports that in North America one in 14 people has Type 2 diabetes and of those over the age of 65, one in 4 suffers from this devastating disease. Type 2 diabetes should be renamed “Lifestyle Diabetes” as 95 percent of those with this disease are obese. So far no one has an answer to solve this problem.

Shakespeare, in his play Hamlet wrote, “For a desperate disease, a desperate cure.” Sometimes extreme surgical and other medical measures are needed. But inserting a tube through the abdominal wall followed by a 30 minute suction of stomach contents is a procedure that is more than a desperate cure.
Good old-fashioned horse sense is becoming as extinct as the dinosaurs. And I would hope that most obese people would think twice before resorting to this uncivilized and dangerous method of fighting weight gain.

Will the Federal Minister of Health, Dr Jane Philpott, approve AspireAssist? I do not know the answer. But it is my hope that sound judgment will prevail. Health Canada should think loud and long before allowing this device into Canada.

If I’m wrong and AspireAssist becomes available in Canada, it will not be the end of civilization. But it certainly signals the advance of insanity. I wonder how many readers agree or disagree with me?