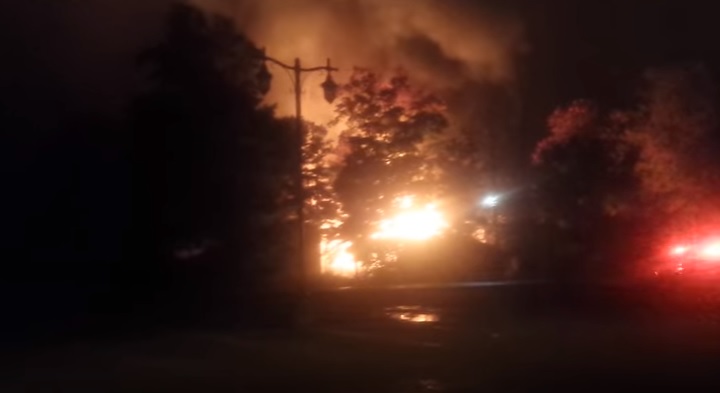 Millions of dollars of damaage are now reported after the Monday morning blaze that ravaged four cottages in Crystal Beach.

According to fire officials the fire started in one cottage and quickly spread in both directions to surrounding buildings that are very close together. Below video footage that captures some of the fire:

It all started around 3 am Monday morning when forty-two firefighters responded to the waterfront blaze along Erie Road for about an hour before it was contained. All the cottages were empty at the time, and no injuries were reported.

The cause of the blaze is still unknown, and investigators are expected to be on the scene throughout the day.