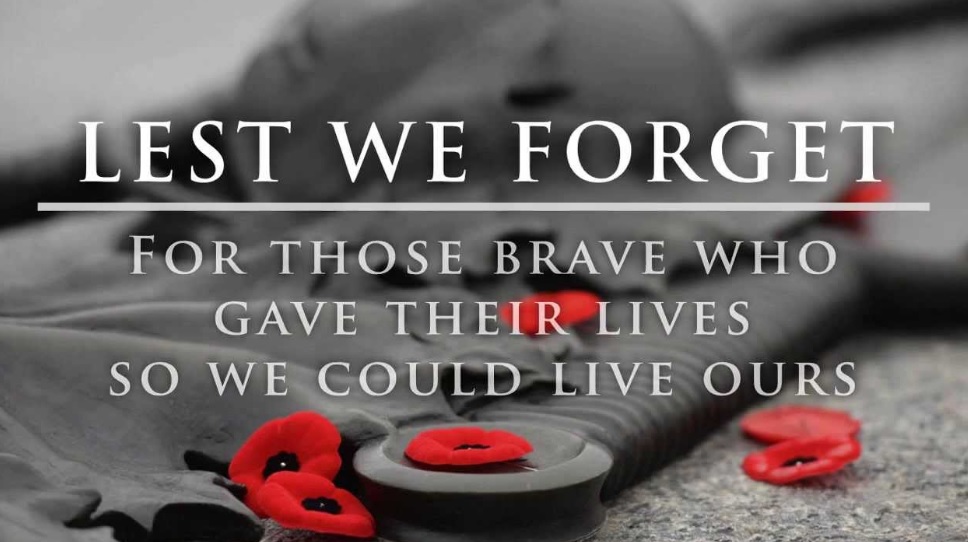 Remembrance Day ceremonies are planned across the region today.  Here is a list of some of them going on in niagara:

The Remembrance Day ceremony at Gale Centre in Niagara Falls starts at 10:45 a.m.

Niagara-on-the-Lake’s Branch 124 of the Royal Canadian Legion will hold two Remembrance Day Services. The first is in the Old Town at the Queen Street cenotaph at 10 a.m. and the second is at 12:30 p.m. at the Queenston cenotaph. Music Niagara will host a Remembrance Day concert immediately after the town’s official commemorative ceremonies at the clock tower.

In St. Catharines, a service and parade will be held at 10 a.m. at the cenotaph at city hall. The parade will march to Ontario Street and end at Memorial Park, where the wreath-laying will take place.

There will be a service at city hall with wreaths being laid at the city honour rolls, Watson Memorial and the Royal Canadian Legion Branch 24 cenotaph. After it ends, participants are invited back to the legion at 15 George St.

In Welland, a service will be held at Royal Canadian Legion Branch 4 on Morningstar Avenue at 10:45 a.m.

In Wainfleet, the Remembrance Day ceremony will start at 10:45 a.m. at the cenotaph on Sugarloaf Street.

Next post Pranzo Ristorante Italiano - Niagara Falls Dining You Should Check Out!