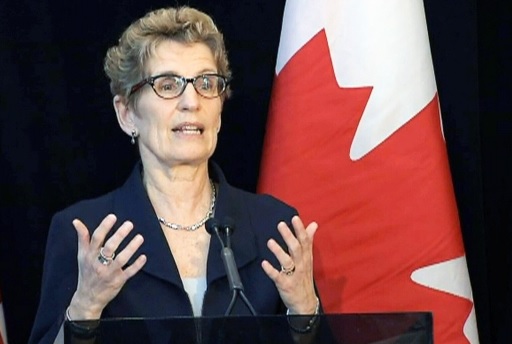 On Saturday, Wynne told 850 Liberal delegates at the party’s annual general meeting that her “government made a mistake” by allowing rates to soar.“It was my mistake and I’m going to do my best to fix it,” she said, adding the upcoming reduction will be over and above the province’s 8 per cent portion of the HST that is being removed from bills.

Wynne blamed the skyrocketing prices on the fact that “Ontario’s electricity system was a mess” when the Liberals took office in 2003 so investments were needed in generation and transmission infrastructure.

“We had blackouts and smog days. The system was broken and we had to fix it. But the cost of the changes has burdened people in every corner of Ontario,” she said.

“People have told me that they’ve had to choose between paying their electricity bill and buying food or paying the rent. That is unacceptable to me.”

While the premier was short on exactly what will be done to bring rates down, she suggested there could be streamlining of the more than 70 local electricity utilities operating in Ontario to find efficiencies.