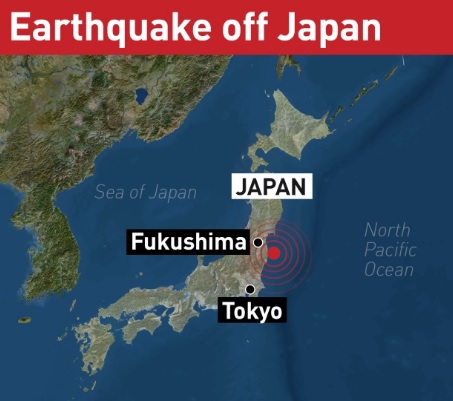 Although waves of up to three metres had been expected to strike the area, the tallest were measured at only 1.4 metres, according to the JMA.

The quake, hit around 6 a.m. local time and occurred 37 km off Fukushima’s coast at a depth of 11.3 km, according to the the United States Geological Society, (USGS). In the hours following, there were at least seven large aftershocks, ranging in magnitude from 4.4 to 5.4 with initial earthquakes that even shook buildings in Tokyo.

The U.S. National Weather Surface (NWS) said tsunamis were not expected to reach the Pacific coasts of Canada and the United States.

Located north of Tokyo, Fukushima prefecture was devastated by an offshore earthquake in March 2011. The 9.1 magnitude quake caused widespread damage and triggered a massive tsunami that reached heights of over 40 metres and destroyed a nuclear power plant. Roughly 18,000 people were killed in the disaster.