Think 2016 Was Crazy? Wait Until the Accountants Get Replaced by Robots. 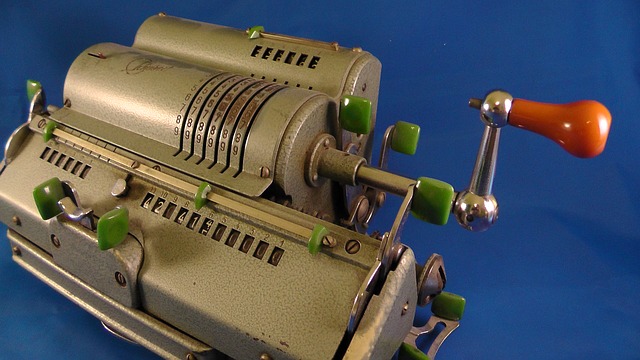 We all hope to get our version of “The Deal”, and The Deal is this: If you do what’s expected, you’ll get what you expect.

What are those things?  A job. Economic security. The ability to support a family, if you choose to have one.

I took my Deal when I was 21. I barely graduated high school, no one on either side of my family had ever earned a four-year degree, and nearly everyone I knew—certainly my parents and my aunts and uncles—always struggled to make ends meet.

And I didn’t want to live like my family. (An ex-boss once explained to me what a car-colored car was. It’s a shade of purple you would only see on a late model Toyota Camry. It does not appear in nature, and no one would ever wear clothes in one of those shades. It’s a car-color.)

So I tried to get my Deal.

I went to college. I worked hard. I didn’t buy a $500,000 home when our household income was less than $50,000. And I assumed – and continue to assume – if I adhere to the terms of a subconsciously imagined deal, my family and I will be okay.

In other words, because I’ve done what’s expected, I’ll get what I’m expecting.

Except a lot of people are learning that it doesn’t always work like that.

You don’t have to look very far to find stories about blue-collar workers who found out the hard way that their version of “The Deal” was disappearing, and and in fact, job losses in the industrial sector of North America in general over the last few decades have left many blue-collar workers facing a pretty horrific condition…permanent income loss.

It’s not just the manufacturing sector. You also don’t have to look very hard to find stories about the future of trucking, where automation will greatly reduce the number of human beings needed.

And it’s not just men and women who wear hard hats and sit behind the wheel of a truck. In September Wal-Mart announced the elimination of 7,000 back-office and accounting jobs, noting in their statement the positions became expendable due largely to advances in automation and software. According to the MIT Technology Review, surgeons, lawyers, positions across the financial services sector, and educators are all on the list of professions likely to be dramatically impacted by automation.

Of course, writing articles about the potential impact of automation is nothing new. I’ve written and seen enough articles out ther about this to know the response is as routine as the articles themselves:

Creative destruction will save us.

If you’re not familiar with the concept of creative destruction, Austrian economist Joseph Schumpeter used it in 1942 to describe how innovation destroys old jobs and creates new ones. Creative destruction has since become conventional wisdom, and is a theory that can help ease fears in the face of widespread automation.

Creative destruction tells us the displaced trucker who’s spent his or her life in the driver’s seat of an 18-wheeler will become a “trucker” who operates an 18-wheeler using a touchscreen.

Creative destruction says there will always be enough jobs (and Deals) for everyone, regardless of technological change. Creative destruction might provide some comfort, but here are a few things to consider:

All of this doesn’t mean we are headed toward a bleak future. The world doesn’t end if the old Deals are no longer available. And it means we need to think of innovation not just in terms of gadgets and software, but also in terms of social technologies that could help ensure basic standards of living.

In other words, it might be time to start imagining different Deals.

Next post A MEAT TAX COULD SAVE EVERYTHING - STUDY