Why Would God Have Made Wine So Good? 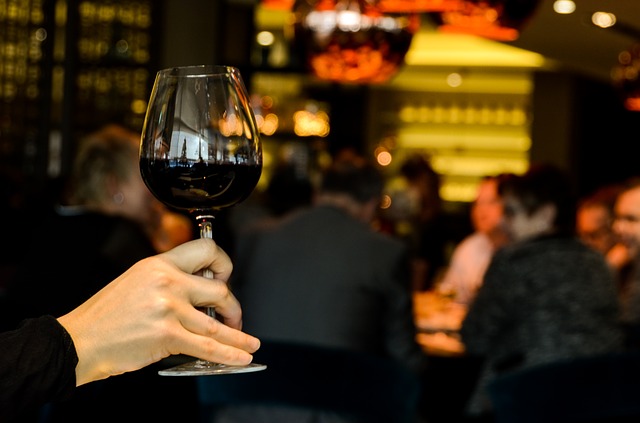 Why do I like Cardinal Amand Richelieu? I’m not an expert theologian. But I remember the Cardinal was a leading character in The Three Musketeers, a ruler more powerful than the King and known as “The Red Eminence” due to his red robe. But he also enjoyed red wine. He once remarked, “If God forbade drinking, would he have made wine so good?”

It appears that Jesus supported the use of alcohol. After all, he transformed water into wine. So why would a mortal like me ignore such sage teachings? Particularly, when there are more old wine drinkers than old doctors!

For years I’ve told patients that if they’ve never consumed alcohol, don’t start. We know the terrible social consequences of excessive alcohol consumption. But we don’t damn cars because some idiots speed at 140 K an hour. Besides, considering the questionable prescription drugs people consume today, and their complications, alcohol is possibly the best medicine when used moderately, that’s ever been invented.

The blunt fact is that over 20 world studies show that moderate alcohol drinkers live longer than either teetotalers or heavy drinkers. This is why I usually I have a relaxing rum and diet coke at five o’clock. Why rum? It’s because I was a cadet officer in the merchant marine at one time in the Caribbean where it’s a popular drink. But any alcohol drink has the same benefit. I used to shock nurses by writing a post-operative order that allowed patients to have their favourite alcoholic drink a few days after surgery. It reassured them they were getting better and decreased their anxiety.

Today many people are worried about developing Alzheimer’s Disease. But in 1998, France’s National Institute of Health reported that people who consumed moderate amounts of wine are less likely to suffer from senility and this devastating problem than teetotalers.

Today we witness an unprecedented epidemic of type 2 diabetes due to obesity. Every 30 seconds a new diabetic is diagnosed in North America. So the last thing diabetic patients need is more calories from excess alcohol. But in moderation alcohol increases the effectiveness of insulin which lowers blood sugar.

Another disease, osteoporosis, affects large numbers of elderly patients. The big problem is fractured hips as only 25 percent of these people are able to resume an active life. A Finnish study evaluated bone density and alcohol consumption of 3,200 postmenopausal women for six years. The teetotalers lost the larger amount of bone.

Macular degeneration is now the leading cause of blindness in people over 65 years of age. It’s believed that alcohol also reduces the risk of this disease. In the U.S. The American Cancer Society studied the drinking habits of 500,000 Americans. They found that one alcoholic drink a day in middle age decreased the risk of premature death by 20 percent. There are also two studies that show that light consumption of alcohol significantly reduces the risk of stroke, the type caused by a blood clot.

I dislike the hypocrisy of doctors who, at international meetings, agree that numerous studies show moderate drinking increases longevity, but in the next breath, say they cannot tell patients this good news because it will increase alcoholism, drunk driving and social problems. Surely, it’s unethical for doctors not to pass along this information simply because some people will abuse it.

Hippocrates, the Father of Medicine, supported the use of alcohol. So did Sir William Osler, the esteemed professor of Medicine at McGill, Johns Hopkins and Oxford University. Osler claimed that “Alcohol was for the elderly what milk is for the young.” Since I’m a senior I say “amen” to that.

Moderate drinking consists of one or two drinks day (one drink equals 12 ounces of beer or five ounces of wine, or one-and-a half ounces of hard liquor).

Previous post Show me Your Friends and I'll Tell You Who You Are...