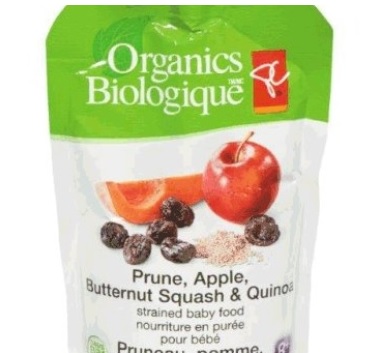 A recall that originally was issued on Feb 3 by Loblaw Co. following a consumer complaint has expanded for PC Organics brand baby food due to the potential presence of dangerous bacteria.

According to the Canadian Food Inspection Agency (CFIA), a manufacturing error resulted in excess water in the products, which could support the growth of Clostridium Botulinum.

The strained baby food which comes in 32 different varieties was sold at a number of locations, up to and including February 8, 2017 as follows:

The contaminated food may not look or smell spoiled, but can still cause illness.

The CFIA is advising consumers with recalled packages to throw out the product or return it to the store, or get medical advice if sickness from consumption is suspected.

Food contaminated with the Clostridium botulinum toxin may cause symptoms such as nausea, vomiting, fatigue, dizziness, blurred or double vision, dry mouth, respiratory failure and paralysis. Severe cases of the illness can lead to death.

The CFIA says illnesses that may be associated with the consumption of the products have been reported and they are making sure that the recalled products are being removed from stores.