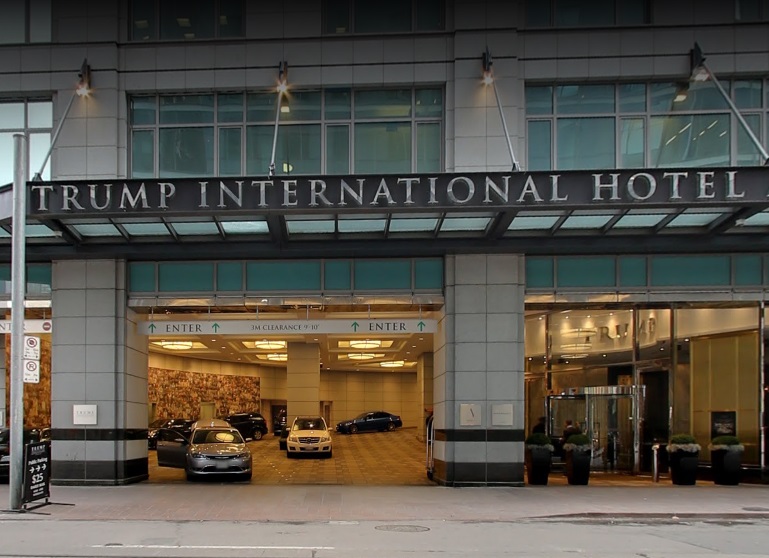 Toronto’s skyline is changing it up with the removal of the huge “TRUMP” sign from the former Trump International Hotel and Tower.

The 65-storey building is undergoing a major rebranding after the tower’s owner, JFC Capital, bought out management contracts from a unit of the Trump Organization.

Canadian company InnVest Hotels LP has since acquired the hotel and will rename it “The St. Regis Hotel.”

For years, the hotel has had problems.  It opened in 2012 after numerous construction issues. A swaying spire atop the tower caused police to close roads around it in 2015, and a cracked window caused a similar closure later in the year.

Two weeks after Trump won the election, a protest was held outside the building at Bay St. and Adelaide St., where protesters waved signs and broke out into “O Canada.”

Even before the election, there were calls to change the name. Vancouver’s Trump-branded building now remains the Trump Organization’s only hotel in Canada.

Trump never officially owned the Toronto building, but the Trump Organization licensed his name and operated the property.