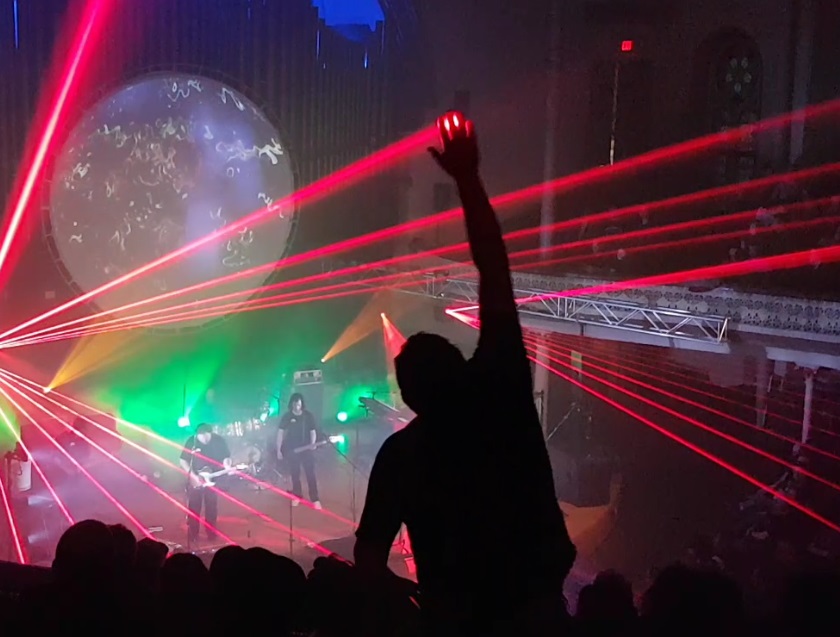 Well known Pink Floyd tribute band PIGS are set to play the Seneca Queen Theatre in Niagara Falls tonight and are a must see for any die-hard Floyd fans.

Formed in 2008 in Victoria, British Columbia, PIGS have spent nine years perfecting their craft in front of sold out audiences throughout Western Canada with their incredible performances, authentic gear and a mission to replicate the lights, look, and sound of the Floyd stage shows from the 70’s. Of course, the band still plays songs from the 60s and 80s, but their unique emphasis is to do everything in the spirit of the band as they were at their creative peak in the 1970s.

In addition to classics from legendary albums like Dark Side Of The Moon, Wish You Were Here, Animals, and The Wall, the band will showcase material that has rarely—if ever—been performed live by Pink Floyd. The band and their lighting, sound, and visual designers are all Floyd aficionados and are dedicated to delivering a night of entertainment that they call an incredible night filled with music, lasers, and the glow of a giant Mr Screen.   Here is a taste of the band live below:

Biography:
Formed in 2008 in Victoria, British Columbia, PIGS has played to sold out audiences throughout British Columbia and Alberta for the past 4 years. PIGS is bringing an epic and rare treat for Pink Floyd fans – the band will be covering 47 years-worth of Pink Floyd’s legendary repertoire from 1967 to 2014, ranging from the band’s earliest release to their final album; from the psychedelic misadventures of Arnold Layne to the final float down The Endless River. In addition to classics from legendary albums such as Dark Side Of The Moon, Wish You Were Here, Animals, and The Wall, the band has many surprises in store, including material that has rarely, if ever, been performed live by the real Pink Floyd. The band, and their lighting, sound and visual designers are all Floyd aficionados and are coming together to create a breathtaking audio/visual experience for what will be an incredible night. With over 150 concerts under their belt and currently evolving into a full time international act with an average of 100 shows a year, it is not hard to see why we are considered “Canada’s Most Authentic Pink Floyd Tribute.”