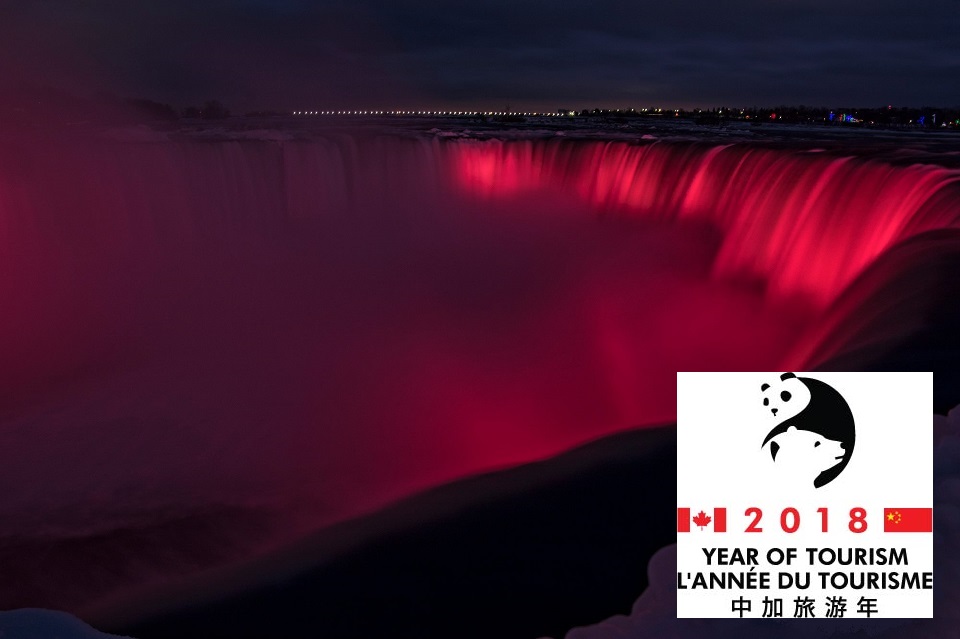 (Main photo credit: Virginia MacDonald) Each year, the Chinese consulate arranges a symbolic lighting ceremony to celebrate the start of the Chinese New Year Celebration.  This year it begins on February 8th and ends February 16th.

This initiative is meant to remind people of China and the great friendship between our countries. It also highlights the Chinese government’s long standing tradition of conducting events that connect Chinese people living abroad with their home.

2018 is a significant year between China and Canada as it has been designated by our governments the year of China/Canada tourism.  Having Niagara Falls join this lighting tradition is monumental to the occasion as it is one of the most recognized tourism destinations in the world.

To cover this occasion, CCTV, the largest television broadcaster in China, will be broadcasting the Niagara Falls event with a potential audience of over 1 billion people.

Chinese New Year, also known as the Spring Festival or simply the Lunar New Year, in modern China, is an important Chinese festival celebrated at the start of the first calendar month.

The first day of the New Year falls on the new moon between January 21st and February 20th.