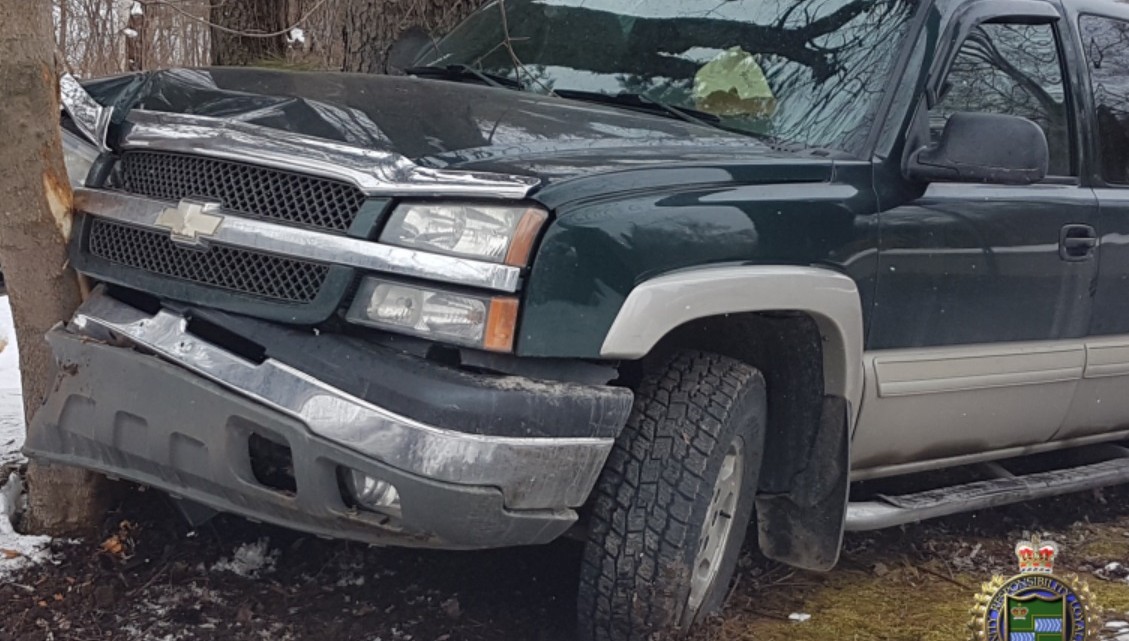 Niagara Regional Police are searching for a witness to a collision resulting from an alleged road rage incident.

An investigation by officers with 3-District (Welland) found that on Thursday, there was a minor altercation at approximately 4:35 pm in the area of Regional Road 20 and Haist Street in Pelham which led to the suspect male driver allegedly rear ending another vehicle before fleeing the scene at a high rate of speed south on Haist, to Welland Road.

Approximately four minutes following the initial altercation, the male driver passed a female driver also westbound on Welland road near the intersection of Centre Street.  As a result of that maneuver, the driver lost control and struck a tree. (see pic below) There were no injuries as a result of the collision; the male driver is facing a number of charges under the Highway Traffic Act.