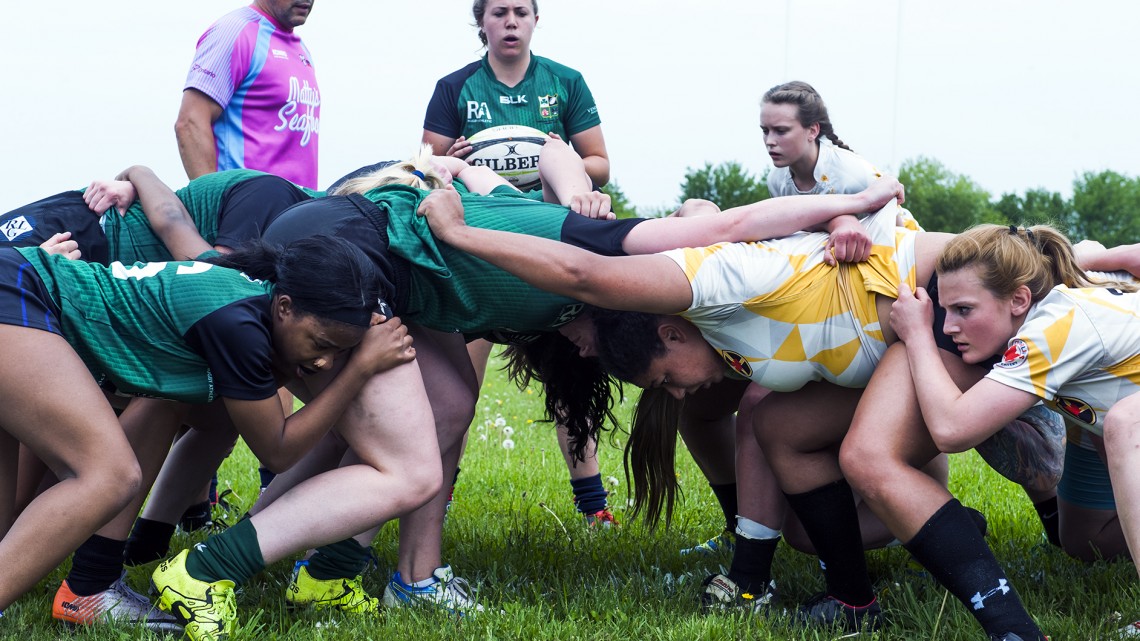 The Niagara Wasps Senior Women’s team played their 2nd match of the season on Saturday, with a solid win over Markham, 37-5.

Below, fighting for the ball in the Wasp’s home field located in Thorold. The Wasps are on to a solid start this season.  Their opening game May 12th vs. Waterloo County saw them dominate the field with a 98-0 win over the rival team. In the two games, the Wasps have displayed crushing tackling, prolific scoring, working solidly as a team. For more on the Wasps visit the Niagara Rugby Club website HERE.

About the Niagara Rugby Club

The Niagara Rugby Club has been established for over sixty-five years as the home of the Niagara Wasps RFC.  It is is one of the oldest rugby clubs in Ontario.

They currently field as many as eight teams, comprising of men’s, women’s, juniors, over 40s, touch, and flag rugby teams.

Teams travel throughout Ontario & Western New York, and much further for tours domestically and internationally. At the end of the season, the seventh and eighth-place OWL teams will participate in the Women’s Intermediate Cup against the top teams from the Niagara Rugby Union and Toronto Rugby branch leagues for a chance to retain a position in the OWL in 2018.

Previous post Air Fares In Canada DOWN IN PRICE