Depression – What You Should Know 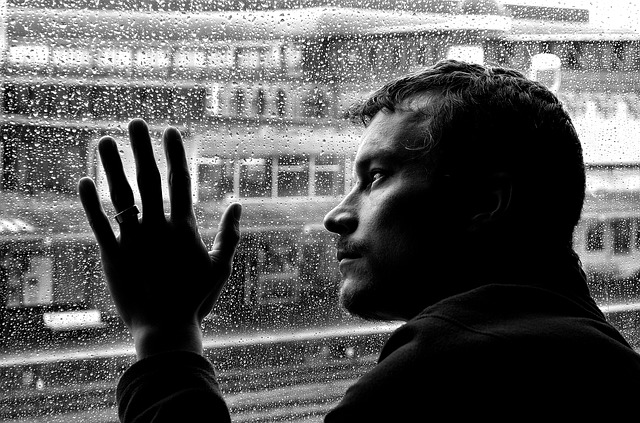 How can you tell if you are depressed? It seems like a silly question, but a surprising number of us may fail to spot the signs that we might be suffering from depression, even though one in ten Canadians will experience a severe depressive episode in their lifetime. This is because so many of us are afraid to talk about depression, says Dave Gallson, associate executive director of the Mood Disorders Society of Canada. “And the real reason most people will not talk about this is because of the stigma attached to depression,” he says. According to the MDSC, surveys consistently show that stigma is the number one concern for people suffering from depression. This stigma only exacerbates depression—and is in fact dangerous, because it prevents many people from seeking help.

Alexandra Kaey of the Canadian Mental Health Association agrees. “If somebody has a physical disability, there is no blame attached. But there has always been a stigma attached to mental health issues. Friends, family and employers may act as though it’s ‘your fault’ or that you haven’t the stamina to deal with what life throws at you,” she says. “Feeling they have nowhere to go, often blaming themselves, it then becomes an invisible disability that takes over everything in one’s life.”

Being afraid to admit to a problem we perceive as a sign of weakness may lead us to fail to pay attention to the signs—from the dramatic and the obvious, to the subtle and the secret. We know that suicidal thoughts, feelings of “worthlessness,” withdrawing from friends and family, and constant fatigue are signs of depression—but many of us might not realize that dramatic insomnia, irrational anger, and persistent aches and pains can be clues as well.

Unlike a straightforward physical problem, such as a viral infection or fractured bone, there is no simple test for depression—diagnoses are made based on a suite of symptoms. Practitioners and therapists look for a number of signs; if somebody experiences half a dozen or so of a list of key symptoms for more than two weeks, a diagnosis of depression is likely.

“We all manifest the symptoms in different ways,” says Kaey. “It’s not a simple thing to diagnose—which is all the more reason to keep on top of it and pay attention to your feelings and health.”

Could you be depressed without realizing it? Here are eight signs that you might be suffering from depression.

Depression can result in a total lack of interest in food, so somebody may begin to lose weight without even realizing it. But the opposite can happen, too: to fill the emotional void, some of us turn to food and will gain weight in turn.

Just like with appetite, the physical changes can swing to either extreme. You may suddenly find that you’re tired and sleeping all day, or that you can’t get a wink’s shuteye at all. A particularly common form of sleep deprivation is to find yourself waking up in the middle of the night, night after night.

“A lot of people don’t realize that depression comes with bona fide physical symptoms,” says Gallson. Feeling sick to your stomach, knots in the gut, a weak immune system and constant colds and flu, whole body aches and pains, and exacerbated chronic conditions (such as arthritis) can all come with a depressive episode. “If you are continually depressed, you can become extremely frustrated, and this can manifest as anger,” says Kaey. Anger is depression turned inward, as the expression goes. Having a short fuse, and finding that little things that would normally not bother you suddenly have the power to completely ruin your day could be a sign of buried depression.

About 40 percent of people who suffer from depression struggle with alcohol, according to the MDSC. Drug use—illicit and prescription—are also common ways that many of us try to escape our emotions. It doesn’t just mask the problem, it can also make things worse; liver damage and poor health only worsen depressive episodes.

Finding yourself unable to focus, taking three hours to do something that ought to take half an hour, struggling to formulate your thoughts coherently—these are also factors that come with depression. If you constantly feel that you have no mental energy, and feel like your mind is muffled and numb, it may be time to seek help. Depression can severely interfere with your ability to work—waking up in the morning and not feeling capable of getting out of bed can lead people to long bouts of absenteeism. But even just missing a day or two every week—or just constantly coming in late and leaving early—is a common sign. “Presenteeism,” meaning regular attendance but failure to get anything done, is also a sign. A complete and total lack of interest in sex can be (but is not always) a feature of depression. If you are in a relationship, a total lack of desire for your loving partner can make you feel even more guilty, self-loathing and insecure—sometimes forcing you even deeper into depression.

According to the specialists, the most important thing to remember is that there are effective treatments out there, from medication to talking therapies. And up to 80 percent of people who suffer from depression respond well to treatment, according to the MDSC.

What is crucial, says Keay, is to be aware of these signs and to seek treatment and help as soon as possible—otherwise, you risk heading into “a spiral, where you don’t want to talk to anyone about it. And that just makes things worse,” she says. “Just small incremental things like exercise, going out during the day in the winter [when a lack of sunlight and seasonal affective disorder can kick in for a lot of us], picking up the phone and talking to somebody, even just going to a coffee shop to vent with a friend, all those little things can help get you out of that spiral.”