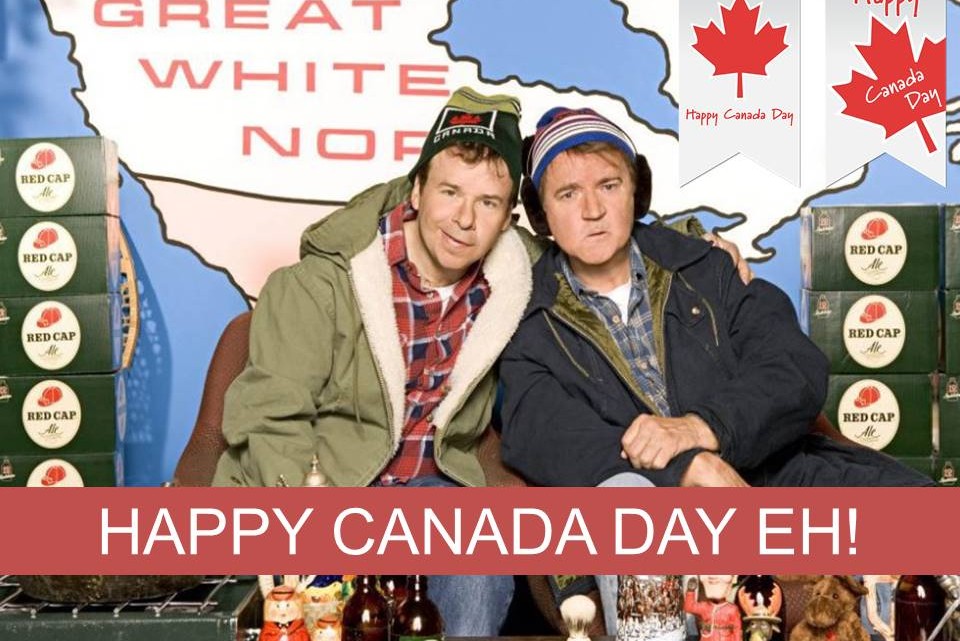 Happy Canada Day!  What a great place we live in and it’s time to CELEBRATE!! Let’s check out some fun facts about the day, and then an informational video about the Great White North from Bob and Doug!!

How did it start?

July 1 commemorates the joining of Canada’s original three provinces (Nova Scotia, New Brunswick and the Canada province, which is now Ontario and Quebec) as one nation in 1867. The holiday was previously called Dominion Day, for the Dominion of Canada in the British empire.

What is the History of the Canadian Flag? The Canadian flag,  is a national flag consisting of a red field with a white square at its centre in the ratio of 1:2:1, in the middle of which is featured a stylized, red, 11-pointed maple leaf charged in the centre. It is the first specified by law for use as the country’s national flag.

In 1964, Prime Minister Lester B. Pearson formed a committee to resolve the ongoing issue of the lack of an official Canadian flag, sparking a serious debate about a flag change to replace the Union Flag. Out of three choices, the maple leaf design by George Stanley, based on the flag of the Royal Military College of Canada, was selected.

Queen Elizabeth II proclaimed February 15, 1965, as the day on which the new flag would be raised over Parliament Hill and adopted by all Canadians.

Today, Canada’s red maple leaf flag is one of the most recognizable national flags in the world.

Happy Canada Eh!!  If you are looking for stuff to do in Niagara today CLICK THE LINK HERE.  And now, the Great White North!!

Next post STUFF TO KNOW: OHIP+ CHANGES for Kids and Young Adults