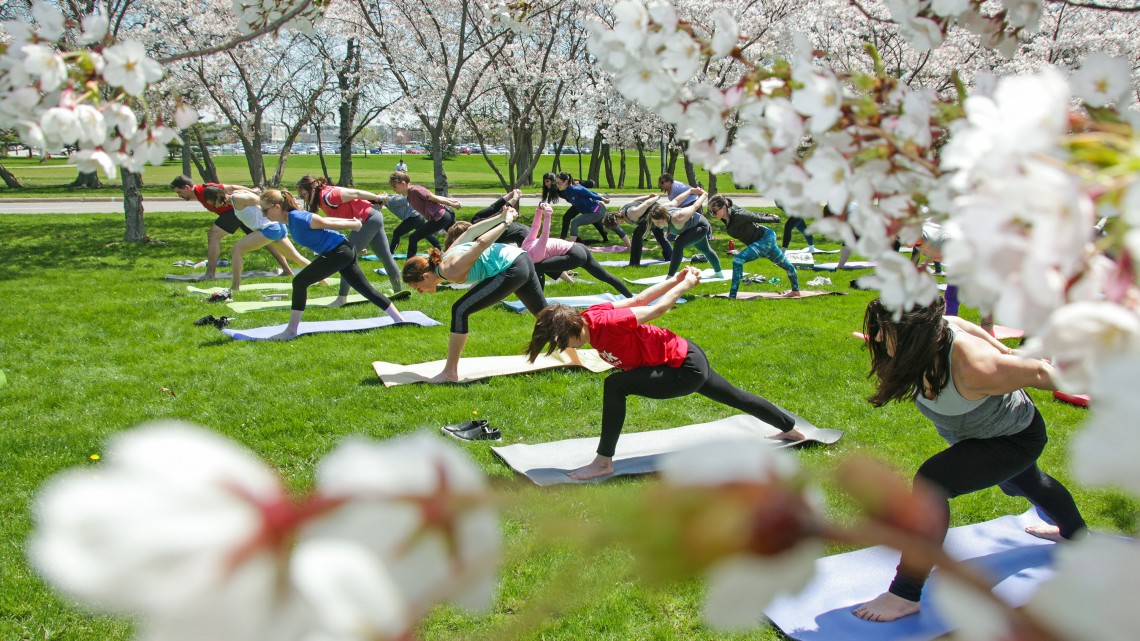 The cherry blossoms have bloomed and more than 30 people took part in a first-ever yoga session held among the trees at the base of Schmon Tower at Brock University yesterday afternoon.

Japan gave the trees to Brock in 2003 as a gesture of friendship between Japan and Canada. Not surprisingly, when they briefly blossom each year, they’re Brock’s most-photographed natural element on campus. Monday’s yoga session was a collaboration between Brock Recreation and the University’s Health Management and Wellness team, which is part of the activities planned this week for Mental Health Week. Cherry blossoms have bloomed on about 100 Sakura trees. The Japanese government gave the trees to Brock and it was part of the Sakura Tree Planting Project, which saw 3,000 Sakura trees planted around Ontario.

The trees are part of the legacy of former Chancellor Raymond Moriyama, who helped secure the gift. They were granted in a 2003 ceremony in Toronto with Moriyama and Takashi Koezuka, the Consul General of Japan. During the ceremony, Moriyama learned he had been conferred the Order of the Rising Sun, Gold Rays with Rosette, from His Imperial Majesty, Emporer Akihito of Japan. He received the honour for his work strengthening the relationship between Japan and Canada.