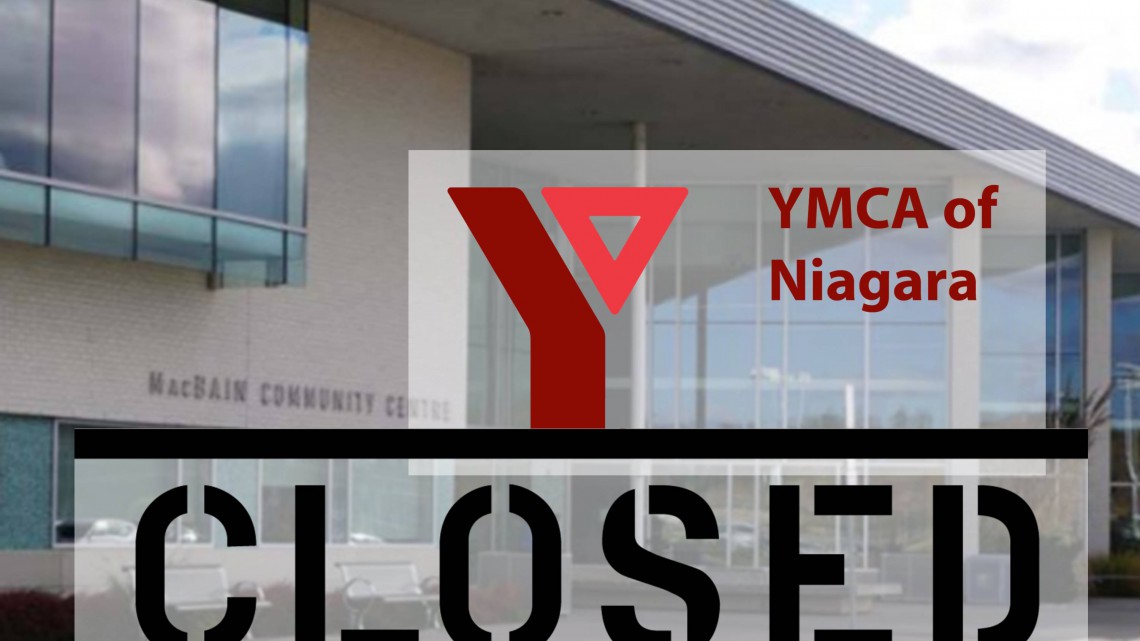 Sad news in Niagara Falls as the announcement comes that confirms the YMCA located in the MacBain Community Centre, will be shut down immediately.

The economic impact of the pandemic has had a devastating effect on YMCAs across the country including the YMCA of Niagara Falls which opened in 2005 and has been closed since mid-March when the YMCA of Niagara shut down all five of its health, fitness and aquatics centres, in accordance with government directives related to the pandemic.

YMCA leadership has been reviewing operations of all centres since the spring and has taken a phased approach to reopening individual locations based on safety, local community interest in YMCA programming, and financial viability. YMCA health, fitness and aquatics locations in St. Catharines, Niagara West (Grimsby), Port Colborne and Welland had reopened for a period of time prior to the most recent provincial lockdown on December 26, 2020.

The Niagara Falls location was already experiencing significant membership losses prior to the pandemic and YMCA projections indicate membership numbers will continue to decline. Relative to the size of the community, delivering YMCA programs and services in a facility as large as the MacBain Community Centre is no longer economically sustainable.

“We are saddened that this closure will affect many members, staff and supporters in the community who have been part of our YMCA family for many years,” said Mike Watt, Chair of YMCA of Niagara’s Board of Directors. “However, as a responsible charity with very limited reserves, we cannot compromise our long-term ability to serve Niagara by continuing to operate facilities that are not financially viable. We are very appreciative of our partnership with the City of Niagara Falls and remain committed to the Niagara Falls community.”

Mayor Jim Diodati stated that “The YMCA at MacBain Community Centre has been a cornerstone of our community for the past 15 years. Thousands of people have learned to swim in the pool, improved their fitness at classes, brought their kids to programs and enjoyed connecting with their neighbours there. The City has had a long and positive partnership with the YMCA, and City staff and Council worked hard with YMCA leadership to find a mutually beneficial way for services to continue, but in the end, there was no financially viable way to do so.”

The Mayor added, “Reinvention is about recognizing change and making a decision to adapt. In the near future, the City of Niagara Falls will be entertaining Expressions of Interest (EOI) for new opportunities to utilize the former YMCA space in this City-owned facility, which includes the pool, gymnasium, fitness studios, racquet courts and indoor track.”

The YMCA of Niagara will continue to operate programs and services in licensed child care, camp, community outreach, employment and immigrant services in other locations in Niagara Falls, and will continue to explore new, sustainable ways to provide YMCA health and fitness programs locally and throughout the region.

YMCA members from the Niagara Falls location will be contacted individually via email.