Well folks it’s been another February full of tweets, posts and print all saying: Eat healthy food! Be more active! Don’t smoke! And the list goes on as we look at Heart Month 2015 so far…

What has 30 years of lecturing the general public achieved on this subject? Not a lot! The population is more overweight, less active and more sedentary. There is more diabetes. And while smoking has declined it has now levelled off again. The incidence of death from Heart Attack and Cardiovascular Disease (CVD) has certainly declined but most of that is attributed to better and faster treatment of symptoms and better medication for high blood pressure, high blood cholesterol and diabetes. The actual incidence of first time heart attack symptoms has not dropped by a lot. No rocket science here. We now treat the disease more efficiently when we get it…..if we survive. But all we have done to eradicate it is to lecture people on their behavior.  When you think that it costs Canadians 21 billion dollars a year to deal with CVD you would think we might have been more interested in PREVENTION. But the only place in Canada that has addressed Primary Prevention of Heart Attack and CVD in a unique and positive way is in The Niagara Peninsula. And that is thanks to a little, almost unknown, independent, organization called Heart Niagara.

Heart Niagara initiated Basic (CPR) and Advanced Cardiac Life Support and Cardiac Rehabilitation and AED placement in Niagara from 1977 but realized 30 years ago that the disease that causes heart attacks is totally preventable. BUT… a huge, massive BUT…….it has to be started when you are less than 10 years old because the disease itself starts before then.

The disease is called arteriosclerosis — or atherosclerosis, an old Greek word meaning hardened porridge – it starts as fatty streaking on the inside lining of your arteries soon after birth. The fatty streaks are caused by damage to the artery’s protective lining: a fortified wall called the endothelium. It is only one cell thick so it not hard to breach. Products of cigarette smoke for instance are great arterial breachers! The heart arteries are called coronary arteries and there are 4 of them….about 12 inches length in total and about the width of the lead in a pencil. Not a large battlefield. But if chemicals such as blood lipids, or lipoproteins, (derived from blood cholesterol), in your blood stream are sticky they adhere to the breached parts of the wall and cause fatty streaks. If this process progresses through childhood those streaks become plaques and by the age of 25 many men and women already have extensive arterial plaque. Those plaques eventually coalesce to block the arterial flow…much like a sandbar in a river. So for many people the damage has already been done before they are old enough to read all the tweets, blogs and blurbs of Heart Month. The sandbar is already there attracting more flotsam. It may take another 30 years of slow accretion but eventually that part of one of the arteries will block causing a HEART ATTACK.

Everyone needs to know from their early years which group they are in. And as God designed this structure at a time when not many sticky types of food were available to your ancestors many modern humans are in the Velcro group.   Which explains why heart attacks only became common in the 1950s among your Grandparent’s generation which had started smoking cigarettes, adulterating food products and taking to motoring — rather than walking after the First World War.

Risk factors for future Heart Disease can be identified in young children at an early age. The first being Family History. In one famous study 70% of the heart attacks in 50 year old men and 60 year old women came from 14% of the study population who had Heart Attack in their siblings or parents or Grandparents.

Indeed it is almost criminal not to make children aware of their future risk of future heart attack due to Family History because if they then opt never to smoke, to stay active and lean and to keep their blood cholesterols below certain levels their personal risk is almost nullified. And, of course, the other factor that Heart Niagara twigged unto was that the only time you can access family behavior and family history and individual risk markers is when children are at school. Once individuals leave school there is no possible mechanism for involving the whole population in risk prevention.

The other huge advantage of involving children in their own future risk management is that you also involve their families. Many parents and siblings can be identified as being at high risk from the profiles obtained from one adolescent. And of course the reversal of a trend toward obesity and diabetes can only be achieved through a whole family involvement.

In the last 30 years Heart Niagara and the Niagara Healthy Heart Schools’ Program have been involved in every high school in Niagara and every Grade 9 student and their families – 4000 families a year – receive a curriculum on Heart Health from their Phys Ed teacher and then go through Family Questionnaires on Family History, Lifestyle and Behaviour and then undergo individual testing for risk factor markers. Adolescents with markers for future CVD or Obesity or Diabetes are referred, with their parents, to their Health Care Provider for further intervention to reduce their risk and provide a long- term basis for wellness. More recently Heart Niagara has moved into Grade 5 and Grade 7.

One other positive spin off from this approach is that it recruits a growing portion of the population who will be in pursuit of cheaper and healthier food products and will reject the high sugar, high salt, high calorie fast food items. So instead of lecturing to everyone and focusing on no-one, a large and growing cohort of families-at-risk would be created who have a personal vested interest in pressuring the food manufacturers and business sector to make positive changes in the foods we eat.

TO FIND OUT MORE ABOUT HEART NIAGARA: www.heartniagara.com 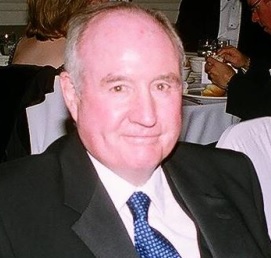