GOT A STORY?
featuredHome & GardenLife

I was coming out of a conference with my friend Jenn.  We had just gone to see an inspirational speaker who had come to Toronto to present several days of free messages.

Reviewing the topics just presented, in between the bursts of jokes and laughter that seem to characterize my relationship with Jenn, she turned to me and asked, “What does ‘fallow’ mean?”

“I thought you just said you were felling ‘fallow’,” Jenn continued.

“If it isn’t, it should be!” Jenn suggested.  It could be a mix of feeling faithless and hollow!”

Then, as people do, we decided to look the word up to see if it actually existed – which, as my astute readers will already know, it does.

I felt paralyzed as Jenn relayed the definition: “Fallow:  Farmland that is plowed and harrowed, but left unsown for a period of time in order to restore its fertility as part of a crop rotation or to avoid surplus production.

Ironically, fallow was exactly how I’d been feeling for the last six months.

The farmland of my life had indeed felt like nothing new had been sewn or growing.  The dream man who’d be the incredible husband and father to our children still hadn’t shown up.  The unexpected performance opportunity I’d fantasized about had yet to drop in my lap.

I delved deeper into the definition.  Land that is “harrowed”: broken up by sharp teeth; to inflict great distress or torment on.

The pain of the famine season had been exacerbated by a simultaneous time of harrowing.

Could it be possible that this season of pain and discomfort had a greater purpose – to “restore future fertility” – as the definition promised?

It occurred to me that having a ‘fallow’ experience in life is not enough to guarantee a subsequent season of reward.  The manner in which one processed their fallow season seemed to determine greatly the season that would follow.

Don’t get me wrong – pain sucks!  Whether loss, rejection, abandonment or otherwise – it is very tempting to become a bitter, unforgiving victim.  I know this because I’ve been there.  (And maybe, if I’m honest, may still be struggling to get out of the mire of this place).

It is easy to convince yourself that you are the only one going through hard times, but it is helpful to remember that this notion is clearly a lie.  As nature is testament to, seasons of life are natural and necessary – but thankfully, not endless.

Donald Miller, one of my favourite authors, has suggested that the suffering experiences of life are lessened when we find a redemptive context for it.

Is it possible the relationship that just ended wasn’t truly one that served you?

Did losing that job force you to get out of something you should have left years ago?

Does the distanced friend have a point – is there something about your character you need to finally face?

Is this season of loss developing a strength and resilience in you that will better equip you to handle future opportunities?

Considering how your specific experiences of famine and harrowing may serve to mature and equip you can offer comfort during an otherwise uncomfortable time in your life.

Finally, humble yourself to allow forgiveness to flow freely in this season.  It is easy to remain hard-hearted towards those who have inflicted pain.  Remember, however, that this pain may be the very instrument of personal betterment and/or new opportunities in the days to come.

I say these things while still struggling to apply them.

Meanwhile, I cling to the hope that the feast I long for may take root in the most unexpected of places: a preceding season of famine. 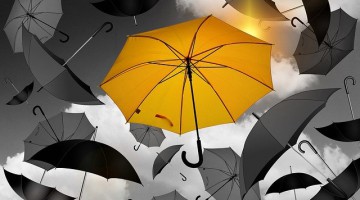