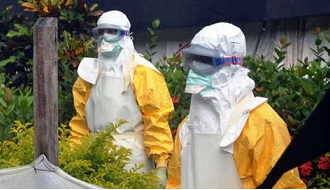 In his call for President Obama to appoint an “Ebola Czar” Senator John McCain managed to, in one statement, illustrate almost everything that is wrong with American politics today.

According to the American Cancer Society, there will be1,665,540 new cancer diagnoses in the United States in 2014, and cancer will be the cause of 1 in 4 deaths.

According to the National Center for Children in Poverty, more than 16 million children (22% of all children) live beneath the poverty level.

And yet, there are no calls for a cancer czar, a heart disease czar, or a poverty czar.

Republicans are not alone in politicizing Ebola. Democrats have released a web ad blaming the “outbreak” of Ebola in the United States on funding cuts by the Republicans.

If you are one of the very few families that have been affected by Ebola in the United States, it is without a doubt a tragedy. But isolated tragedies typically don’t warrant changes in public policy, unless they can be used for political gain—which appears to be the case for Ebola.

One of the disappointing aspects of the current political environment is that unfortunately the reverse is also true: epidemics do not warrant changes in public policy if they can’t be used for political gain. And though it doesn’t lend itself to a terrifying lead-in to the morning news, 22% of children living in poverty classifies as an epidemic.

If you don’t believe that, I would suggest that you travel to communities like Wellston, Missouri—a suburb of St. Louis just 20 minutes away from my home, where 68% of the residents live beneath the poverty line.

The children born in that community do not warrant a “Czar”, despite the fact that a typical kindergarten classroom in Wellston would hold 15 to 20 times the number of people that have been diagnosed with Ebola in the United States.

What the Political Conversation about Ebola Says

When Republicans and Democrats leap to politicize Ebola, and each blame the other side for an “outbreak” that consists of a few people, they effectively illustrate how empty and trivial our political rhetoric has become. Both parties refuse to offer any solutions that address the real challenges we face, but leap at the chance to take advantage of an issue that has directly threatened fewer people (in the United States) than can fit at a typical dinner table.

Ebola could be used as the starting point for an important public policy discussion, and that discussion would focus on how we are a truly global world, and the idea that we can isolate ourselves from threats is just not true.

While not a political winner, the best thing we could do to reduce the risk of Ebola is invest in fighting it in places where it truly qualifies as an epidemic.

But apparently the “global community/threats at our door” discussion only works as a justification to engage in the type of wars and foreign spending that does nothing other than increase our debt and increase the threat of a real epidemic–like poverty.

Next post VIDEO>Amanda and Vinny Up for Adoption at LCHS