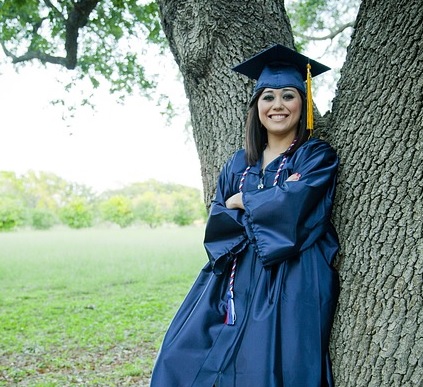 Most articles in defense of higher education cite the reams and reams of data that demonstrate the difference in lifetime earnings between people who have completed a degree and people who haven’t. I’ve written posts that cite the same data. Frankly, I believe that approach is often a waste of time.

The discussion about the value of a degree that occur in homes – where decisions are made – is an emotional one that is far more informed by perception, personal and family history, and socioeconomics than earnings data.

I am not any different or better. When I decided to go to college at 21, and be the first in my family to get a bachelor’s degree, I didn’t look at census data on lifetime earnings.

I looked at my dad.

He is very skilled with his hands, an engineer without a formal education who rose to be an executive in a mid-sized family owned company—until his services were no longer needed. Growing up my dad and I were not close, but he did dole out occasional advice that I listened to, most of which came in the form of blue collar practicality that happens to be accurate, even if phrased crudely. Things like “Never buy a horse before you ride it” and “Put a roll of quarters in your hand before you punch someone.” (FYI, a roll of nickels is actually way cheaper, and just as effective. That’s the essence of growing up. You hear what hear, learn what you can, and hopefully you improve on it.)

Just before he moved away, after he lost his job and my parents got divorced, he told me that I should go to school and, to directly quote him, “Make money with your brains and not your back.”

The next day he moved into a converted horse trailer and left. I was 19, and my brother, who unlike me was very close to our dad, was 17. It broke my brother’s heart.

The section of our driveway where that trailer had been parked for years was a lighter color than the driveway around it. That pale horse trailer shaped spot in our driveway was all the data on the value of a college education that I ever needed to hear.

The Heart and Not the Mind

For two years I saved all of the money I could, and when I was 21 I left my job and moved to Arizona to be near my dad and go to school. I loved him, I was willing to follow him, and an intense desire to not be like him propelled me to finish my entire formal education (a bachelor’s and two masters degrees) in 4 years and 6 months. Other than the way I financed my education (a heavy use of CLEP tests, time at community college, an AmeriCorps grant, and working full-time), nothing in that journey was ever motivated by data. Now, with kids of my own, they hear all of the time about the value of a degree, and what is expected of them. They will end up making their own decisions, but they know my opinion on the subject. I might cite some of the same statistics that education writers do, but that’s just putting a mask on what really drives my point, and that’s the memory of a horse trailer shaped spot in the driveway and a man who lost his place on the tightrope and lacked a net below.

They hear a lot about that, too.

They also hear that I was really fortunate to have a dad who saw his own struggles, and wanted more for me. He consciously did not pass his challenges down. Unfortunately that isn’t always the case. Often limitations are passed down, both unintentionally and intentionally.

That’s why data isn’t going to reach kids on the receiving end of the message that they are better off without a college education. Data also won’t reach the kid who watches his or her parents work two jobs to pay student loans, and decides he or she is better off taking their chance in the world without an education.

Kids are shaped by what they see and hear in the world around them, and from the people that raise them. If a parent tells a kid college is not for them, or they don’t need it, it is tremendously hard to change that perception, even as an adult. If they hear they can and should go to college, there is a good chance that they will.

The census just can’t reach your heart the way the guy who taught you how to throw a punch can.