BRITISH SLANG – Some Brilliant British Banter to Spice up Your Speech! 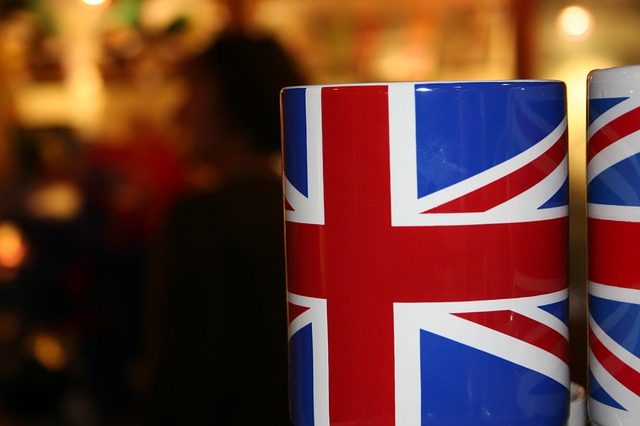 British slang is not just for the Brits anymore and with the popularity of  shows like Coronation Street, there are some FANTASTIC phrases and words that YOU can start using around the water cooler today if you’re looking to spice up your speech!

We’ve grabbed some of our favourites.  Enjoy!!

Aggro – Short for aggravation, it’s the sort of thing you might expect in a situation where trouble can occur and with that frustration!

“There is sometimes aggro in the streets after the pubs shut!”

Barmy – If someone tells you that you’re barmy they mean you have gone crazy.

“You’d have to be barmy to visit Niagara Falls without seeing the Falls!”

All To Pot – This British slang term refers to an epic fail.

‘The birthday party went all to pot when the magician showed up drunk and couldn’t find the bunny after he made it disappear.”

Ace – If something is ace it is awesome. All cool stuff is ace, or brill (brilliant).

“That BMW is ace”

Scrummy – Love this word which is an offshoot of yummy and used to describe something delicious!

“The food at that place is absolutely scrummy and I will be back again soon!” Rubbish – One of the most commonly-used British phrases, ‘rubbish’ is used to mean trash literally and also that something is full of garbage and doesn’t make sense.

“That gossip about her is just a bunch of rubbish!”

Gobsmacked – To be shocked beyond belief. The expression is believed by some to come literally from ‘gob’ (a word for mouth), and the look of shock that comes from someone hitting it.

“I was gobsmacked when she told me she was moving to Europe!”

Cock Up – British slang term for a mistake of epic proportions.

‘I cocked up the grocery list for Thanksgiving dinner and so we have no turkey!”

Bugger All – British slang for absolutely nothing.

“I’ve had bugger all to do at work all day!”

Knackered – Describes utter exhaustion in any given situation.

“I am absolutely knackered after cleaning the house all day.”

Gutted – To be devastated beyond belief to the point your gut seems to hurt.

“He dumped her for her best friend and now she is gutted.”

Blinding – A totally positive slant on a situation meaning excellent.

“That piano solo was blinding!”

Cheers – Besides the well-known celebrate with a drink meaning, in British slang, it also means ‘‘thank you’.

“Cheers for helping me move, Bob.”

The Bee’s Knees – A term that means extreme endearment used to describe someone or something .

She thinks Aunt Betty’s the bee’s knees.” (Can also be used sarcastically).

Belt up – British for shut up.

“Belt up about the trouble you are having with your ex.” Taking The Piss – Super popular British term meaning to mock something or be sarcastic about it.

“The guys on Saturday Night Live were taking the piss out of the Grammy Awards last night.”

Bollocks – A curse word used by Brits to mock in disbelief.

It also refers to a male’s genitals in general

“I kicked him right in the bollocks when he wouldn’t let up.”

Fortnight – Used widely in the UK to describe the time period of‘a group of two weeks.

“I’m going away for a fortnight to Mexico for my summer holiday.”

Dodgy – Refers to something that’s off in one way or another.

“That used car salesman just seemed dodgy when he was trying to convince me to buy the car.”

Kerfuffle – a fight or an argument caused by differing  opinions.

“I had a right kerfuffle with my roommate about who should do the dishes last night!”

Brilliant – When something is fantastic, great news, etc.

“You got a raise?  That’s brilliant!”

Chuffed – You would be chuffed to bits if you were really pleased about something.

“I was chuffed she thought of me in her acceptance speech!”

Right – Feeling extra strong about something.

Budge up – If you want to sit down and someone is taking up too much space, you’d ask them to budge up .

“Budge up will you? I want to rest my limbs”

Cracking- If something is cracking, it means it is the best. Usually said without pronouncing the last “G”

“That blonde in the black dress is cracking!”