The First Firing is Always the Hardest 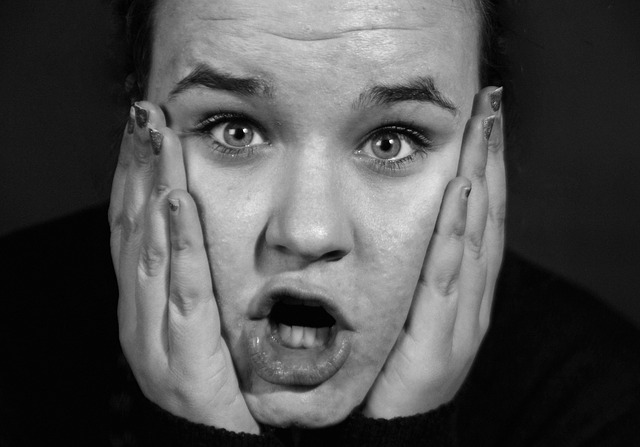 The shot that went into his ear had been directed at his eye, so it’s a good thing that I am a poor aim. Still, it’s always alarming to see blood running from someone’s ear, and that shot brought an end to a BB gun battle that was being waged inside of a two-bedroom apartment, with my two best friends hiding behind a couch.

Such is the life, on occasion, of two adolescent latchkey brothers. That day we destroyed dishes, glasses, and a tin cake pan.

Luckily, no eardrums were ruptured.

I liked being in charge of my brother, even if he didn’t know I was in charge of him. I think growing up as an older brother makes you like being in charge in general, so when I got my first management role at a young age (22), I was really happy. I took out my earrings, cut my hair, and started wearing a tie and khakis every day. In fact, I went to Target and bought several new pairs of khakis to celebrate being in charge.

And I was really happy to be able to hire my brother when he needed a job. While we had a rule at the organization I worked for against supervising relatives, my brother and I were given waivers. I had worked really hard since donning the khakis and losing the earrings, and this was my reward.

To that point (pre-wife, pre-kids) in my life, being able to hire my brother was one of my happier moments.

My brother and I don’t have a safety net in the form of our parents. During these years we were really on our own, and later would each unwittingly “adopt” a parent. My brother would look after our mom, taking her to and from the hospital as her health failed and her addictions grew (in that order). I would look after our dad, knowing to answer the door at 3 AM with caution as his addictions grew and his health failed (in that order).

And then I had to fire him.

My brother and I worked for a program that served homeless veterans. He was a part of the night and weekend staff, which I supervised.

He was also enamored with a girl, a girl that would later become his wife. So enamored that he couldn’t stop bringing her to the facility, which was a violation of company rules. Eventually my boss told me that although she liked my brother, he had to go.

The girl was his priority. The girl is still his priority, so in the long run you could say he had his priorities straight.

My boss said she could terminate my brother, and spare me an awkward conversation and the both of us any unnecessary damage to our relationship. I told her no, that I would do it. For years I told myself that I made that decision because it was the honorable thing to do. I told myself that letting my boss do it would be cowardly.

A funny thing has happened to me as I’ve gotten older. It’s become easier to admit when I was stupid, wrong, or made a bad decision. It’s also a little easier to admit my real motives. I wanted to be the one to fire my brother because firing him, like hiring him, was a show of how important I was.

That’s a pretty crappy thing to admit, but it’s true.

My brother took his firing well, or as well as one can take being fired by their brother. No punches were thrown, no harsh words exchanged (those would come years later). One month after that day he and his girlfriend packed up and moved back to Utah from Arizona.

When he moved out it was the first time in our lives we ever slept in separate bedrooms—for the year he lived in Arizona he lived on the top bunk with his girlfriend, and I lived on the bottom bunk with my girlfriend (don’t judge, we’ve all been 21).

I know that eventually we were bound to sleep in separate rooms. We probably would have drifted apart to some degree, no matter what. But the firing did change things, and while I’m not sure I would do it again, I learned something from it, and from the firings I’ve done since then:

The day you let someone go will always be a day they remember, and will likely end up being one of the primary memories they have of you.

Do it right, and do it with compassion.

Unlike your brother, the person you fire won’t have the memory of a road trip to Yellowstone and an apartment nicknamed “Manville” to counterbalance the moment you tell them their services are no longer needed.

(Epilogue: My brother grew up to manage hotels, be a renowned restorer of hot rods, and dyed his beard green to see the Seahawks win their Superbowl, in person. The lesson from him: a firing is not the end of the world, even if it is the end of your tenure sharing a bunk bed.)