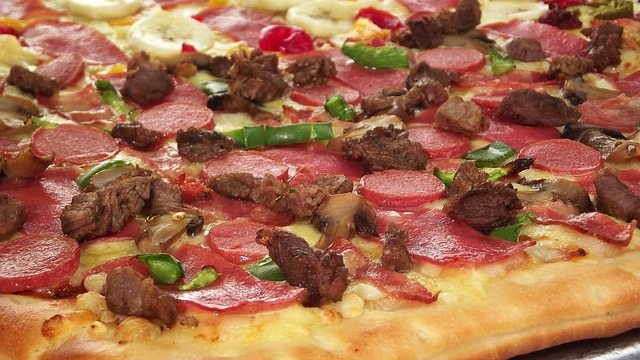 Talk about thinking on your feet, a Florida woman who was allegedly held inside a residence by her knife carrying boyfriend used Pizza Hut’s ordering app to free herself by adding the line “Get 911 to me” in the comments section of her pizza order and well as “911 hostage help”.  This according to the Highlands County Sheriff’s Office.

According to police, the incident took place after Cheryl Treadway was able to convince her boyfriend Ethan Nickerson that she needed to use Pizza Hut’s smartphone ordering app to order food for her kids after they had come home from school. He took it back immediately after the order was placed but he did not realize that she has added the message. (see below) Pizza Hut employees say they were shocked when the order came through from the regular customer and that they called the sheriff’s office immediately.

A sheriff’s department release states that deputies were dispatched to both Pizza Hut and the delivery location. When they arrived at the home where Treadway was being held, she came out of it with a child in her arms and told them that Nickerson was still inside with a knife and her two other kids.

Nickerson surrendered peacefully and was arrested and charged after police were sent to investigate the address listed on his girlfriend’s pizza order. (Highlands County Sheriff’s Office )

According to police, Nickerson’s charges include aggravated assault with a weapon without intent to kill, battery, false imprisonment and obstructing justice by depriving communication to law enforcement.