Here’s The Cure For Bee Stings You May Not Have Heard Of! 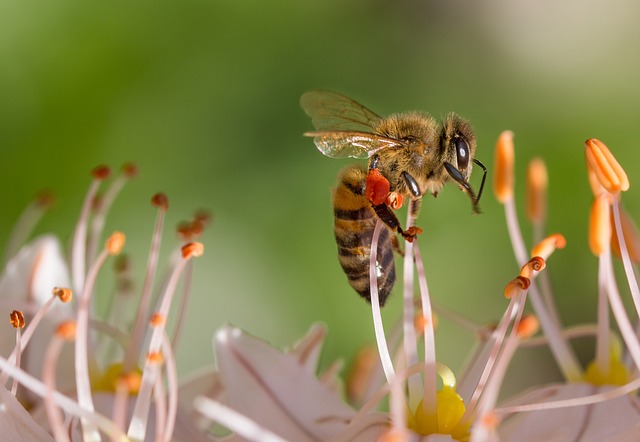 No one wants to get stung by a bee but it happens! Bee stings can be annoying, itchy and painful. But for about 3 percent of the population, a sting can be deadly.

Though family history may provide indications, many individuals won’t realize the extent of their allergy until moments after they feel the stick of an insect’s dagger.

There is a cure for bee-sting allergies with a 95 percent success rate, said Dr. Akhil Chouksey, director of MetroHealth System’s Allergy & Immunology Clinic.

“People assume that nothing can be done for this allergy, but that’s not true,” Chouksey said. The treatment involves a series of 25 weekly injections and then monthly injections for 10 years or longer based on the patient’s history.

It may sound extensive, but it’s a lifesaver for those who need it, Chouksey said.

Chouksey explained that our immune system and skin cells react to the protein contained in the venom of bees — honey bees, hornets, wasps and yellow jackets. With venom immunotherapy, patients with bee allergies receive regular injections with small amounts of insect venom, which gradually desensitizes them to the venom and prevents a reaction if they are stung. Chouksey said the immune system responds to the venom injections by creating “blocking antibodies” as opposed to “provoking antibodies” from an actual sting.

For most people, a bee sting will result in localized redness, pain, swelling and itching. Those symptoms generally go away in a day or so. In 10 percent to 15 percent of the population, areas of swelling may be larger and last up to a week.

People with full-blown bee allergies may experience anaphylaxis marked by hives; swelling of lips, tongue or throat; shortness of breath; wheezing and coughing; lowered blood pressure; feeling faint; nausea; and dilated blood vessels. A person who goes into shock could die if not treated immediately. Other signs of severe reactions are inflammation and rash in an area of the body away from the actual sting site.

The immediate treatment out in the field is a portable auto-injector filled with epinephrine, which doctors generally tell their patients with acute allergies to have on hand. Chouksey said he advises patients to carry two portable auto-injectors because it is not unusual for a patient with severe allergies to have a second reaction to a single sting after the first one is stabilized. This is called biphasic anaphylaxis, he said, and can be seen from a few hours to two or three days after the initial bee sting.

“Patients may start to feel better after using the first EpiPen, but that initial treatment is only buying them time until they can get to an emergency room or their doctor’s office,” Chouksey said.

Skin tests or blood tests are used to determine which bees a patient may be allergic to. Chouksey said venom injections are available for people traveling south who are allergic to fire ants.

Here are some safety tips from the National Institute for Occupational Safety and Health.

Wear light-colored clothing with smooth finishes. Bees are attracted to scents, so avoid perfumed soap, deodorant, body lotion and cologne. Bathe daily and wear clean clothing — even body odor draws bees. When outside, wear clothes that cover as much of your body as possible. Food sitting around your kitchen, porch or indoor work station can draw these insects.

If you’re in the car, come to a stop slowly and open all the windows to provide the insect a chance to fly away. Don’t panic. Swatting will only provoke the insect. Bees release a chemical when they sting that attracts other bees. If you’re attacked by several bees, run and go indoors, if possible.

Wear a medical ID bracelet if you know you are allergic, and ask your doctor about whether you should carry an epinephrine auto-injector.

If you get stung

Wash the area with soap and water. Remove the stinger by wiping a piece of gauze over the sting site. You can also scrape a fingernail over the area. Do not squeeze the stinger or use a tweezers as that could result in pumping more venom into the body. Apply ice to control swelling. Scratching the area may increase risk of infection, so don’t do it. Call your doctor or head to the emergency room.

Yellow jackets: These are wasplike insects live in mounds built into the ground. They can be aggressive. You’ll find them anywhere there is food, trash cans, sugary drinks and picnic buffets. Check those open cans of pop at your next picnic; a yellow jacket lurking inside may end up stinging you inside your mouth or on your lip. These insects carry bacteria and can cause skin infections.

Hornets: There are white hornets, and there are yellow hornets. Either way, they build paper-type nests in trees and shrubs and can be very aggressive with even just a mild disruption.

Wasps: These insects build honeycomb nests in the most unlikely spots — shrubs, under outside furniture and benches and even under the eaves of houses. These bees feed on flower nectar and insects and are generally less aggressive than yellow jackets and hornets.

Honeybees: They live in hollows of trees, logs and inside buildings. They are mostly not aggressive when away from their hives, but are aggressive when their hive is disturbed. Wear shoes in the yard, because honey bees like buzzing around lawns filled with clover. Honeybees leave behind a stinger in the skin; most other bees do not.

Bumblebees: Perhaps the most mild-mannered of all, bumblebees rarely sting people. They nest in the ground or in piles of grass clippings or wood and feed on insects and flower nectar. If provoked, they will sting, but they are so loud and slow, a person usually can easily outrun them.

NOTE: SOURCE: cleveland.com/HealthFit., National Institute for Occupational Health and Safety. We do not recommend this or any treatments without the advice of your family doctor.