10 reasons YOU WON’T GET HIRED 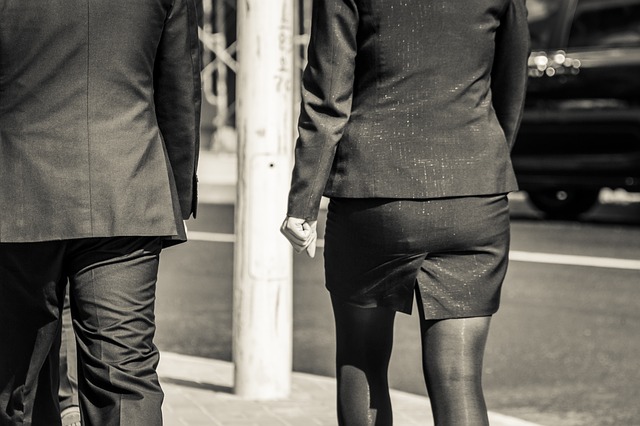 In an ideal world, the job would go to the most qualified candidate. However, there are many reasons why you might not get hired for a job – even if you have all of the skills and experience to successfully do the work. Sometimes an internal candidate has the edge, or another applicant has a friend on the hiring committee. Other times, candidates simply kill their own chances of getting hired.

The following is information gathered after speaking with recruiters and hiring managers according to job site Workopolis.

Here are ten reasons other than your qualifications why employers won’t hire you:

When you’re looking for a job, social media is more media than it is social. Remember that anything you publish has the potential to be broadcast to unforeseen audiences. Even if you have strict privacy settings, it is possible for someone inside your network to copy and share photos or posts.

Employers will Google you and look you up on social media sites. In a recent Workopolis survey, almost half – 48% – of companies said they have turned down candidates based on what they see on their social profiles. Here’s a real life example. At Workopolis, they recently looked up a candidate whose Facebook profile picture revealed him wearing only a sock. (Not on his foot.) Your profile picture isn’t private. Choose it much more wisely than that guy. In another story, a sales manager shared the story of a candidate with a brilliant resume who interviewed well, but who didn’t get the job because he was smoking or holding a bong in what seemed like every photo ever taken him.

You’ve got a bad attitude

We’ve all met candidates who come into an interview and start complaining about their former boss or coworkers, they grumble about their past work as if this will show why they’re motivated to make a change. It doesn’t show that at all. It just makes them look like complainers. Employers want to hire upbeat, positive team members.

And then there are the strange attitudes. One recruiter told a story of Franklin Worthington the Third, who referred to himself as such on his resume, and who spoke of himself in the third person. “When Franklin takes on a project, Franklin succeeds.” Franklin didn’t get the job. And given that there is so little chance of the employer mistaking you for your ancestors, you can leave “The Third” off your resume. You don’t do any research

Employers want to hire candidates who know about their industry and its challenges, and who have thought about ways that they can contributed to the company’s success. If your first question to the interviewer is, “So, what does this company do?” you won’t be getting the call. (And hiring managers do get asked that very question.) Smokers often use a cigarette to calm their nerves. And job interviews can be nerve wracking. However, if you walk into the interview right after having that cigarette, the chances are that you are going to reek of smoke. That can be a turn off for many people.

The last thing you want to do in a job interview is give the employer a reason not to like you. The same goes for heavy cologne or perfume use. You never know who has allergies, sensitivities or simple distaste for the scent. Play it safe, go in clean and fresh. Proofread your resume and cover letter. So many recruiters told me that this was the deal-breaker that they most often see in candidates. Misused words, spelling mistakes and typos all make it look like you can’t write properly, you don’t pay attention to detail, or you just don’t care that much. Any of those can keep you from being hired.

Your resume makes you seem like a weirdo or a pain

A Toronto recruiter is still puzzling over the man she didn’t hire who had an otherwise strong resume until he listed his interests as “a passion for guns and stuffed owls.” Keep all of the information on your resume relevant to the job you’re applying for. There’s no need to list hobbies or interests. One recruiter had a story about receiving a resume that stated in the objective statement: “Must be for a company that highly values diversity and sustainability.” It’s not that the employer didn’t value those things, it’s that by making it the opening line of the resume, the candidate made himself look like he’d be a pain in the butt to work with. You need to show an employer why they would want to hire you in the first place before you start making demands about their values.

Another candidate closed his resume with the line, “Given my obvious qualifications, if I am not selected for this position, I expect to be informed of why.” I imagine they’re still waiting for that phone call.

While it’s good to be enthusiastic about the role, employers are turned off by candidates who seem simply desperate for a job. It’s a fine line: you have to play it cool, but not too cool. Display confidence without being cocky. You have no references

If you can’t find people who will speak well of your work and professionalism, you’re in trouble. I’ve told the story before of the candidate who handed over a typed list of three references, and then she pointed to the first one and said, “But don’t call this one.” After a few seconds thought, she added of another, “Better not call this one either.”

One candidate gave a recruiter three reference letters. Because the font type and style of all three were very similar, the recruiter decided to call the recruiters to verify. It turns out that the letters were indeed fake. However the worst thing about the story is that all three people called said that until they heard of the bogus reference letters, they actually would have been happy to recommend the candidate. Trust your references. Tell them about the job you’re applying for and ask if they would be willing to recommend you for it. If you can’t use your former boss, find someone else at the company that you worked with. (If there’s really no one out there who will speak well of your work, then references likely aren’t your biggest problem.)

You don’t look the part

A job interview isn’t a fashion show, and you don’t have to be a super model. For the most part it’s enough to look well groomed, professional and respectful. This means dressing up a little more than you normally would to show that you care and that you take the interview seriously. You have unrealistic salary expectations

Of course you know how much money you’d like to earn – and what perks you’d like to have from your employer. But if your expectations are unrealistic, or you’re too demanding or inflexible, it will turn employers off. Do your research, find out the salary range that jobs like yours pay in your area, and be willing to negotiate for the best deal you can get. Finding a job is hard, and the competition can be fierce. But if you keep getting turned down for jobs that you know you’re qualified for, maybe it’s time to make sure that you’re not inadvertently acting in one of the ways that repels most employers.