Bizarre Ways We Kill Time at Work! – NOT WHAT YOU THINK! 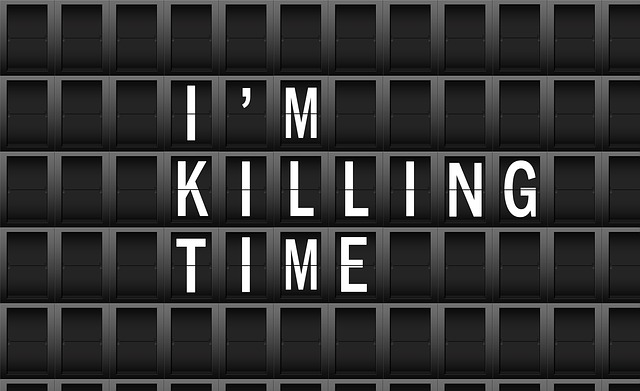 How Do You Waste Time at the Office?

You naturally might think that employees surf the web or use other forms of social media to combat boredom or to get out of working (which they do)  but how about these weird ones… taking a sponge bath or perhaps looking for a mail order bride?

CareerBuilder has released a new survey showing us how we kill time at work, including some of the most bizarre ways we do it.

In CareerBuilder’s survey, they found that cell phones, using the internet, and talkative co-workers were the biggest distractors of work. Here are the top 10 productivity killers cited by employers:

And, here’s the list of the outlandish non-work activities done on the job

Employers were also asked to divulge the most bizarre or most memorable things they have found an employee doing when they should have been working.

Some of the more notable answers included:

With so many interruptions, it can be surprising that the real work gets done. Productivity killers can lead to negative consequences for the organization, including:

Nearly 3 in 4 employers (74 percent) have taken at least one step to mitigate productivity killers, such as blocking certain Internet sites (33 percent) and banning personal calls/cell phone use (23 percent).

Other efforts to mitigate productivity killers include:

Rosemary Haefner, Chief Human Resources Officer of CareerBuilder said,“Between the Internet, cell phones and co-workers, there are so many stimulants in today’s workplace, it’s easy to see how employees get sidetracked.”

She further said, “The good news is, taking breaks from work throughout the day can actually be good for productivity, enabling the mind to take a break from the job at hand and re-energize you. The trick is finding the right (work-appropriate) activities that promote – rather than deplete – energy.”

Fun for a Friday

What about you?  What bizarre things have you seen a co-worker do to kill time?