Why Don’t They Call Us Working Dads? 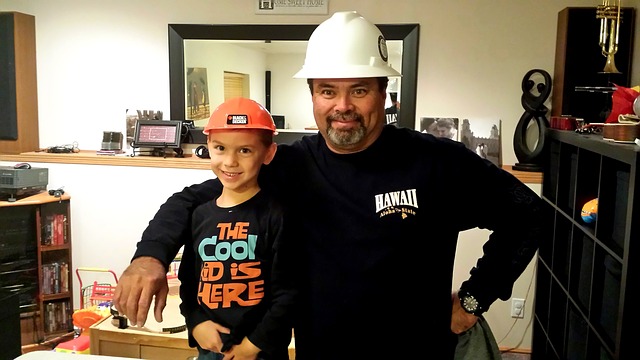 My mom was a working mom. When I was a little kid, she supported our family while my dad recuperated from a broken back. She worked for minimum wage at a McDonald’s, and delivered newspapers on the weekend.

I remember getting Happy Meal toys before other kids even knew they were out.

I remember the smell of fresh newspapers while my brother and I slept between stacks of them as the sun rose.

Things were not good for my family, but my mom never showed it. She was a Working Mom, and continued to be one after she graduated with her associates degree and became a paralegal. When I was 7 my dad, his back healed, traveled out of our town to find work. He was away from us for a while, living in his truck and calling home when he could. Things didn’t work out on that job search, and continued to not really work out until I was 12 or 13, when he got a job working at a conveyer belt manufacturer .  He found his niche, and was able to support us in a way he never could before, but it required him to be gone for extended periods of time.

He missed seeing my brother and I grow up, or at least growing into teenagers.

Both of my parents made enormous sacrifices in an attempt to balance parenthood and a career. I’m proud of both of them and thankful for what they both did. But while there is a commonly used term for what my mom was – A Working Mom – there is no commonly used term that combines what my dad for us by working, and being a dad.

Dads are dads. Workers work. But dads who work are almost never referred to as Working Dads.

And that’s not right.

An Unpretty Picture of a Working Dad

We all have read about the concept of fatherhood changing. Some of us have experienced that change personally. It’s okay to kiss my son, and I do. It’s okay for them to see me cry, and I do (during Pixar’s Up – Ratatouille – Toy Story 3 run I was a mess). It’s expected that I be a part of their social and academic lives, and that’s an expectation I have of myself, more than anything else.

But despite all of the advances in fatherhood, it’s still rare to hear or read about Working Dads. It’s like the challenge of balancing parenthood and a career just doesn’t exist for dads.

Tonight I’ll be away from my kids, spending the night in a hotel room. I will sit on a bed, alone, eating a turkey sandwich, watching the NBA Finals, probably in my underwear. I will miss my kids terribly while I do it. It’s not a pretty picture, but it is a picture of a Working Dad.

The words we use matter. Language matters. Terms, or the lack of them, say something about a culture’s values. Fatherhood is a complex socioeconomic subject, but we can’t hope to make a better model of fatherhood if we don’t value the effort and sacrifice all Working Parents make. (And I include families who have made a conscious decision to have a parent stay at home, like my wife and I have. It’s a job too).

My mom was a Working Mom, and I am so proud of what she did for our family. In my own life I learned what it was like to go to work in the day, go to school at night, and kiss someone after they are already asleep – just like she did.

My dad was a Working Dad, and I am so proud of what he did for our family. I’ve learned what it’s like to eat a turkey sandwich alone in your underwear, and be unable to kiss someone after they were already asleep – just like he did.

Now, back to my turkey sandwich.