City of Vancouver Gives Thumbs Up To Pot Regulation 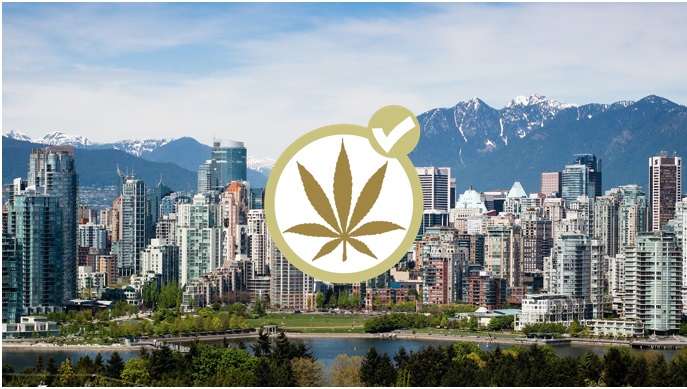 In a groundbreaking move, the City of Vancouver has become the first city in Canada to regulate the marijuana industry.

Stores will now have 60 days to apply for a license and must not operate within 300 metres of schools, community pot shops and other marijuana dispensaries. The license fee for retailers is $30,000 bucks  and  compassion clubs who sell marijuana to patients suffering from chronic diseases, will be charged $1,000. The City held four public information sessions where hundreds showed up to have their say, before holding the vote which saw eight councillors voting in favour of the move and three voting against .

Jodie Emery is  a highly visible advocate for legalization in Canada and owns with her husband several marijuana-related businesses. She described this as “a positive step” and that the City is acting to fill a regulatory void left by higher levels of government.

Emery added “We wouldn’t have so many opening up if there wasn’t a demand, and clearly, people want to buy pot, people want to sell pot, and they would like to be taxed and regulated.”

On the other side of the coin is the federal government which has not been supportive of this gutsy movement by the City of Vancouver and in late April reportedly sent letters to council, police and health authorities warning against regulation stating that  storefront sales of marijuana are illegal. Councillors from the City of Vancouver supporting the regulation feel that the government’s stance is backwards and “not in touch with reality”. Councillors against have commented that the new regulations won’t make a positive difference.

Councillor George Affleck commented: “Is this the battle that we want to have? Do we want to spend, potentially millions of dollars of taxpayer dollars, fighting in the courts on many many different fronts? I don’t think that’s responsible governance.”

Mayor Gregor Robertson voted ‘yes’ and said the City does need a “common sense approach” and that is why he is in favour.

According to the Canadian Drug Use Monitoring Survey, marijuana use by youth has dropped by almost 45% since 2004 thanks to our efforts to educate families. This same survey reported that while 20% of youth smoked marijuana in 2012, 70% drank alcohol. Regulating marijuana in the same manner could mean as much as tripling its use by youth.

These stores have absolutely no regard for the rule of law and have been caught selling marijuana to kids – they represent Justin Trudeau’s vision for Canadian neighbourhoods from coast to coast to coast. Storefronts selling marijuana are illegal and under this Conservative Government will remain illegal.

We expect the police to enforce the law.

COMMENTS WELCOME: What Do You Think?  Is it time to regulate or do you agree with the stand of the federal government?